You are here: Home / Blog / Why ReactJS Is Good For App Development In 2019

Nowadays, Mobile apps have become a way of life. Who said luxury? You name it, we’ve got it! With rapid advancement in the field, it is hard for the developers to focus on just one platform. Thus cross-platform development comes across as an excellent solution as it cuts down on expenses and saves time by keeping single codebase.

Now, even though we are flooded with tools when it comes to functional operations, only a few are capable of revolutionizing our workflows to a large degree. ReactJS has blazed a trail in app development by making separate apps both for Android and iOS possible. When Facebook released React library in 2013 nobody knew that it would become a norm for powerful front end applications.

But React, with its endless functionalities, did prove that it is the best front-end framework. What makes high-performance future proof native mobile apps possible are its features like server-side rendering, real-time updates, various rendering platforms and other options. But before we move ahead let us first find out more about ReactJS library.

React is a lightweight library used for creating user interfaces. One of its spectacular features is a provision to use JSX, a programming language with the HTML-like syntax that leads to JavaScript. Virtual DOM further helps in raising the bar. 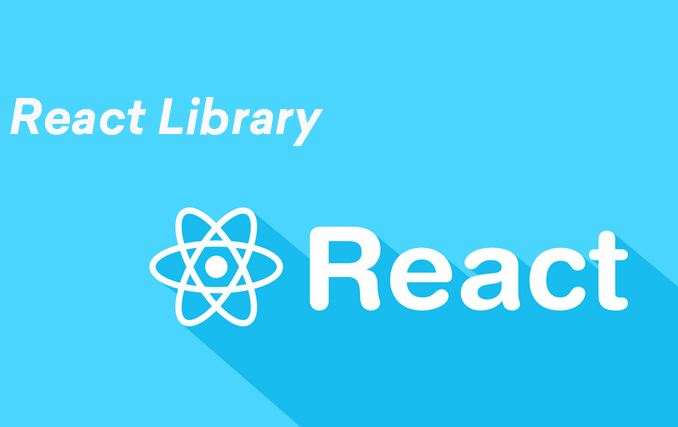 By building isomorphic applications in React, you can remove ‘flash of unstyled content’ which refers to a point where a user waits for data loading to finish and something irrelevant appears on the screen.

Styled components are easy to amend and can be used alternatively in new projects. These multiple usages of existing code enhance the test coverage level which in turn results in sophisticated quality control. Facebook’s baby, React has become webmasters’ pet for managing view layer of the web applications and mobile apps. To give you some food for thought, here are some features of ReactJS.

Rather than using usual JavaScript, React operates on JSX for template creation. As JSX permits simple HTML quoting and usage of HTML syntax, it helps to create subcomponents.

Adding a cherry to the cake, Facebook announced some native libraries of React in the year 2015, so that the developers can build varied applications employing favorable front-end functionalities. It consists of a number of reusable UI components for both Android and iOS platforms. With React native at hand, you can frame any mobile application in native style.

The distinctive Virtual Document Object Model of React helps in making data structure for several functional operations. It is present in the computation changes and also in updating the browser. This empowers programmers to code applications with suitable logical operations. React library creates pages for each change. But on logical grounds, only the components which are altered are rendered.
2019 is the year of ReactJS. Let us learn why all the big giants in the market are resorting to it and what advantages it can serve you in your next front-end application:

ReactJS has its own virtual DOM where the components float. It scores high on flexibility which enables the developers to organize operations and churn out high-performance gains. All this is possible as ReactJS predicts what change is required in the DOM and reforms the DOM-trees as per the need of the hour. Thus this Facebook’s brainchild proves its efficiency in managing DOM operations by saving on time and money. 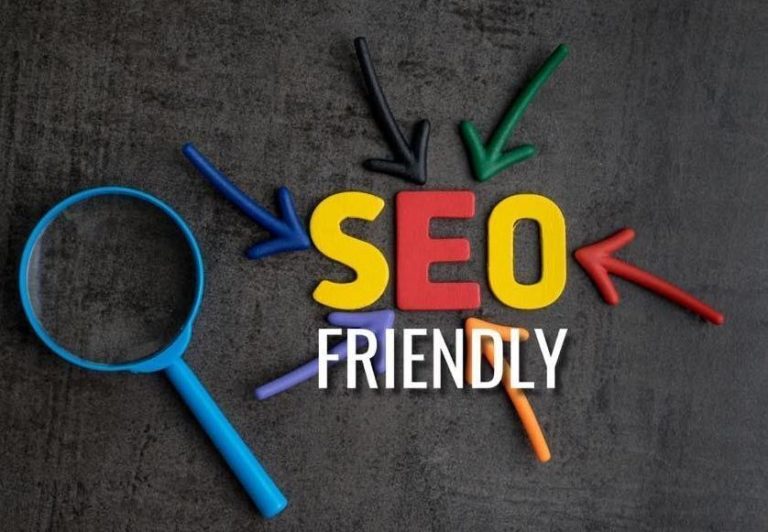 What causes a major hindrance in JavaScript frameworks is that they give a tough time to search engines. Yes, the situation has improved a lot recently, but still, there is a long way to go. The good news is that ReactJS is compatible with SEO. You will not face any trouble in running ReactJS on the server and further virtual DOM will be framed and served to the browser as a regular web page. SEO issues have become a thing of past now.

Isomorphic apps or isomorphic JavaScript works on the same code for both server-side and the client-side of an application. When a user chooses a website in his browser, the page should be loaded from a server. However, in the case of SPA (Single Page Application), delays are bound to happen.

At the time of loading, users view a blank page or loading animation. Considering this era of a constant rush, two seconds waiting time can pose issues. Another catch here is that search engines don’t label such kind of pages as worthy as we do. Server-side JavaScript is also doomed with such condition. With the isomorphic application, you are at an advantage of prompt rendering on the server.

After the page appears, you can still work on the components. This facility of rendering pages on both the sides-server and client creates a win-win situation as even the search engines will record your pages and the users get to enjoy an awesome experience. In addition, this practice keeps time wastage involved in development to its minimum. 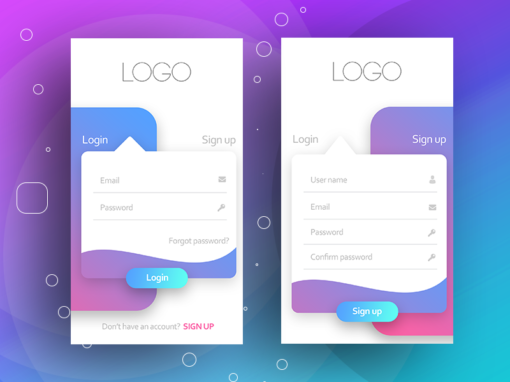 React Native is more centric on user interface unlike other platforms like MeteorJS, Firebase, and AngularJS. You get the benefit of a highly responsive interface with the help of Javascript operations between the Native background of the device and React Native. The end result is that your application’s load time diminishes and it runs smoothly without any disturbances.

Reusability At Its Best

Another merit of using ReactJS is that it is capable of reusing code components of a different level at any given point of time. This is a very practical time-saving feature. ReactJS components are independent and change in one doesn’t influence others.

This facility enables you to reuse components that do not bring about changes in and about themselves so as to make programming as compact, ergonomic and uncomplicated for the developers. By pioneering the component-centric approach, ReactJS brought the entire focus on components in order to ease the burden of the developers by making everything precise and upfront.

As soon as you commence using ReactJS, remember to install the official Chrome extension as it makes debugging your app much more handy and simple. After the installation is done, you can directly view the virtual DOM as if you were exploring a regular DOM tree in the element’s panel.

Truly wonderful, isn’t it? As compared to other front-end frameworks, ReactJS is simplicity at its best. It consists of well-defined workflows and component-friendly approach that renders a smooth touch to various operations. And of course, how can we forget JavaScript that is a far cry from complexities.

React has a unique syntax called JSX which combines both JavaScript and HTML. So, even a novice in programming can easily comprehend JSX and start making fully functional applications.

Advanced applications that have complex user interfaces often accommodate many different moving units. What happens is that if we have different variables to match up different values, edge cases and troubles can surface. React plays on pure functional components. This implies that the same input will lead to the same output. React doesn’t depend on outside values that can be modified.

Pure functions always make much more sense to them. Whereas unpure functions can pose difficulties especially if they are governed by a lot of constantly-changing variables.

React is one portion of the puzzle. It has a less complex integration of state in contrast to other interfaces which require vigorous action to them. Working and gauging React’s built-in state is like a cakewalk but many developers prefer to work on a more agile version like Redux or MobX.

Code stability comes in the package of ReactJS. Yes, programmers have their way with the components but there is also the data-binding technique to make sure that small changes in child structures don’t intervene with the parents. It was observed that many view models of JS had a disadvantage where changes in child units caused wreck within the parent.

But in the case of ReactJS, Facebook has taken utmost care. ReactJS accepts one direction data flow i.e. downward. In this type of approach, there is no chance that child structures can hamper parent data. Thus, if a developer wants to amend any object, all he has to do is to change the state of that object and update. Likewise, only the marked components will be updated. 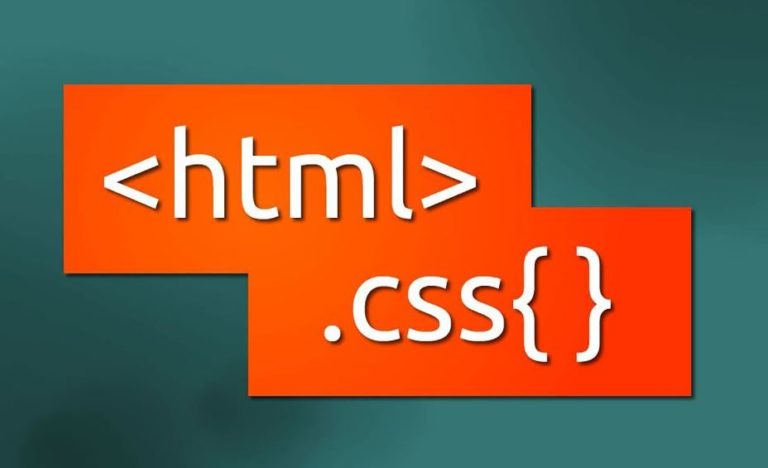 Enough has been said on the simple practices of ReactJS. But what makes it special is that it is quite easy to learn. Beginners with basic programming levels can easily jump into the world of ReactJS owing to its easy syntax and code structure.

You must have a thorough knowledge of HTML and CSS if you want to master ReactJS. If we talk of Angular, it is a little difficult as against ReactJS. The problem comes if you are not well versed with Typescript as then you won’t be able to understand Angular properly. You must be comfortable with Typescript before moving to Angular, which is itself quite time-consuming.

Be it newbie or professional, everyone should go through official documentation of any technology or language or software so as to get first-hand information. By doing so, you know the true purpose of its creation, details in use cases and principles. Same applies to getting kickstarted with ReactJS.

After getting a brief overview, move to the ‘Docs’ section where you will know how to get started with React. After that, go to the tutorial section where you can see plenty of videos ranging on different topics of ReactJS.

ReactJS is ruling the popularity charts of the front-end frameworks. Its multifaceted features like native feel, performance, speed, third-party library API support, hot reload, large community and above all Facebook backing makes it the best-in-class for mobile app development. The component-centric approach, the feature to alter the existing components with ease and reusing the code deems ReactJS a success in the world of development.

The components luckily have no influence of external factors. So, they have the power of multiple uses in projects of different types. Even the previous experience can migrate to different areas and become the foundation of mobile application development. The library with its Virtual DOM and Isomorphic JavaScript is a sure shot platform for creating high-performance applications.

Reusing code amplifies development speed, eases the testing process and in turn cuts down on costs. Around 500 companies have taken the React route to fulfill their business needs. With such uniqueness in stock, ReactJS has indeed opened a new world of opportunities in app development. Thinking of your next app? Think React!

How You Should Test Your Mobile App? Tips & Tricks!