You are here: Home / Blog / How to Design A Better User Experience For Wearables Technology?

Wearables have become the latest rage since the iPhone. Around 1 in 6 consumers go for wearable tech and as much as 70% of 16 -24-year-olds desire to buy a wearable device. Millions of wearable devices have flooded the market (like watches, wristbands, glasses, earphones, and rings) and many are in the pipeline.

Get a free UI/UX consultation today!

It offers great scope for the designers who believe in integrating fashion, technology and by and large, wellness and further heightens the importance of user experience design. Experiences are not limited to screen or a device now; even our bodies have joined the trade.

This wave of wearable innovation and experimentation has expanded from basic fitness trackers to include augmented reality, enterprise solutions and much more.

The turns- opportunities and challenges that come along add to the thrill of designing. Designers have to keep in view the limitations of devices (such as smaller screen space, less information density, limited battery life) and even consider different use cases.

Giving you some food for thought, here are some points you should keep in mind when designing a wearable device-

Talking of hardware, a designer’s priority should be on comfort and aesthetics. The device will come in contact with the users’ bodies, so compromising on comfort can backfire.

If the tech scores on cool quotient and is fashionable as well as beautiful surely that will be like a cherry on the cake. Consumers are always on the lookout of complete customization.

A wearable device must be created considering where and how it is worn and the manner in which the hardware and the software will complement each other. While it is obvious that a smartwatch and EEG headband should not be similar in design; minute differences can be kept based on their usage.

Glanceable is the buzzword when it comes to wearable technology. Glanceability means designing such information that is compatible with short moments of interaction. The concept first came into the picture through screenless fitness trackers in which lights were the source to tell the user what’s happening.

In the case of smartwatches, glanceability has a different context. Here glanceability is more focused on giving the user what he wants at any given moment of time rather than converting the interface to its most basic visual feedback.

Keeping in mind wearables' limited screen space, it is important for the designers to pay attention to presenting the most significant information. A user should be able to grasp content designed for a smartwatch in a span of 5 seconds. 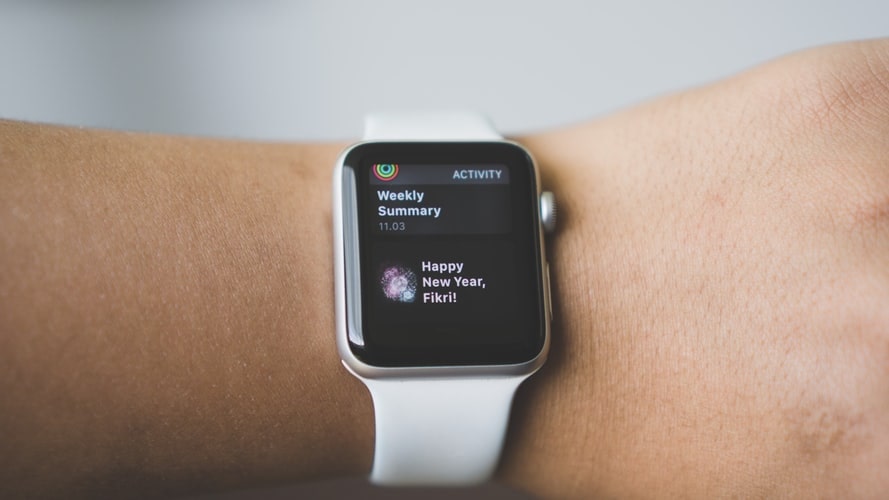 Context is the main ingredient that supports your design and should be employed to display information at a glance. Make use of build-in device sensors to understand user context. For instance, be careful when the user chooses Geolocation services and assist to augment the user’s experience.

While desktop and mobile apps go for a longer user session, wearable experiences reap benefits when kept shorter. If a user interaction tends to exceed 10 seconds, it's an indication to pick up the drawing board again and start redesigning your interface.

Let the interactions be lightweight and interface less complex by only displaying what’s needed by a user to accomplish a task. Such as in the case of replying to a message in a smartwatch, it is suggested to avoid typing. Keep quick responses open and give a voice input option if a lengthy response is required to be given.

Simplicity is the Best

The famous KISS Principle is very appropriate in the subject of wearables than in the domain of desktop or mobile user interfaces. Control your itch to include as many features and information in the wearable as possible.

By putting more actions than the needed ones you’ll interrupt the flow of experience. It is better to pay attention to a single use case and design a smooth flow that helps users to achieve tasks rapidly. Try to keep complications away from interactions. The design and tasks should be such that users can do and see just one thing at one point in time. 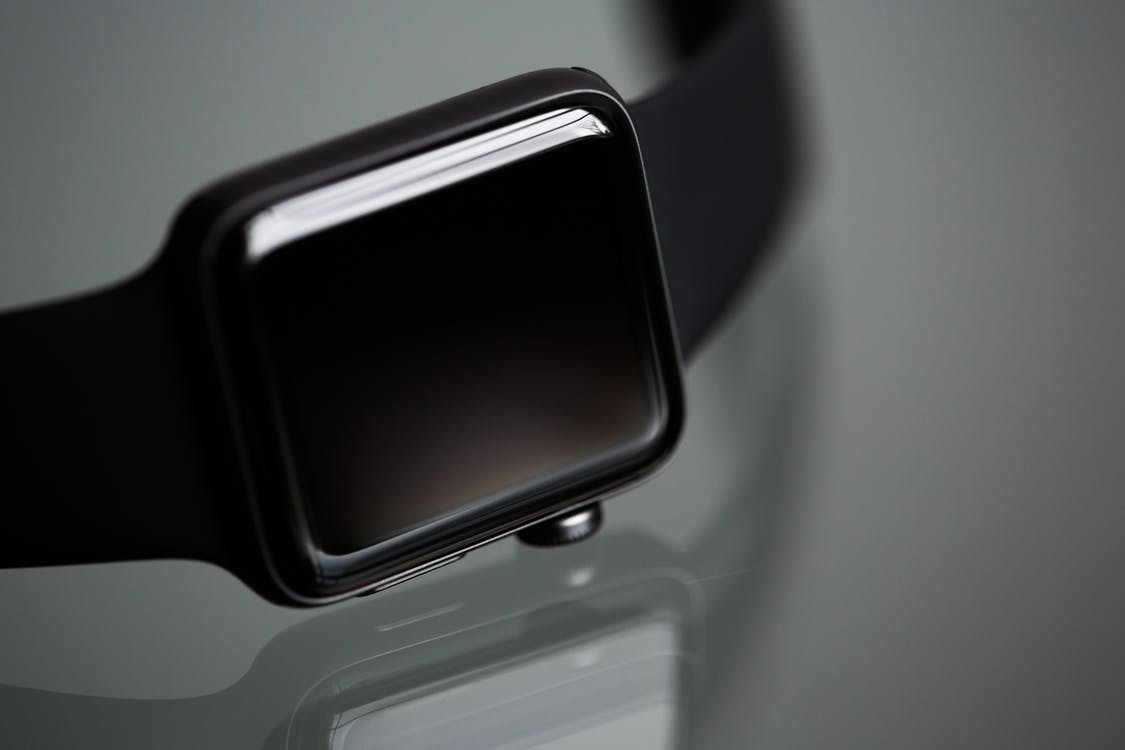 Incoming notifications and alerts have always meddled in even on large-screen smartphones. But with wearable devices in use when they push users to get their attention, this can make people leave them.

Agreed, even mobile devices are continuously buzzing in your pocket, but things get frustrating and unreasonable when something is buzzing continuously right next to your skin. Make sure that the information passed on to the user through a wearable is filtered.

Keep the frequency of notifications to a minimum number so that the device doesn't become a nuisance for the person who is wearing it.

If at all the notification is necessary for a user, ensure that it is kept high-quality. Positive interference can have its perks provided you know what your user actually needs. Cracking bull's-eye and displaying the right information at the right time is the secret to an excellent wearable app.

Permit the user to configure the timing and the kinds of notifications they’ll get and let them conveniently disable them as and when required. Allow the users to choose how they would want to be notified i.e. vibration and screen glow both or just a screen glow.

Wearables have an edge of being close to a user’s physical body as compared to what any smartphone or mobile device can be. But don’t forget that these devices are very personal and show extremely personal stuff i.e. private chats or health data.

As against smartphones which are usually kept in a pocket, wearables can always be seen. If given an option, designers should go for more privacy. Be careful of the way in which the device is facing and show content keeping that in mind.

Inward should permit more personal content to be shown whereas outward should stick to a blank screen. The same goes for the notifications, which means, vibrate first, show second.

Let’s get out of the visual world and find ways in which we can interact. A low key interface can do the job better when wearables are involved. By sticking to the visual-only approach, we are limiting the scope of our design ourselves.

Go for sound and vibrational communication. Use voice input to create text messages or to plan activities. Inform users with vibrations and sounds.

Wearables but especially Apple Watches can always be customized. It is one of the great benefits of having one. People are fond of products to which they can give a personal touch. Don’t forget it makes them feel special and worthy.

Personalization in UX design is about producing different experiences for different users, and considering the customizable feature of wearable devices, we can take advantage of this concept to a large extent.

For example, Procreate Pocket is a fine painting app for iOS which as usual has a complicated UI that makes it complex to locate on smaller iPad Pros. So, Apple Watch users have a separate watch app that they can use as a remote dashboard in place of familiar Procreate Pocket tools.

It’s your own dashboard, with your own tools and you can utilize it to frame your exclusive artworks. Customize your dashboard just as you would customize your watch strap. 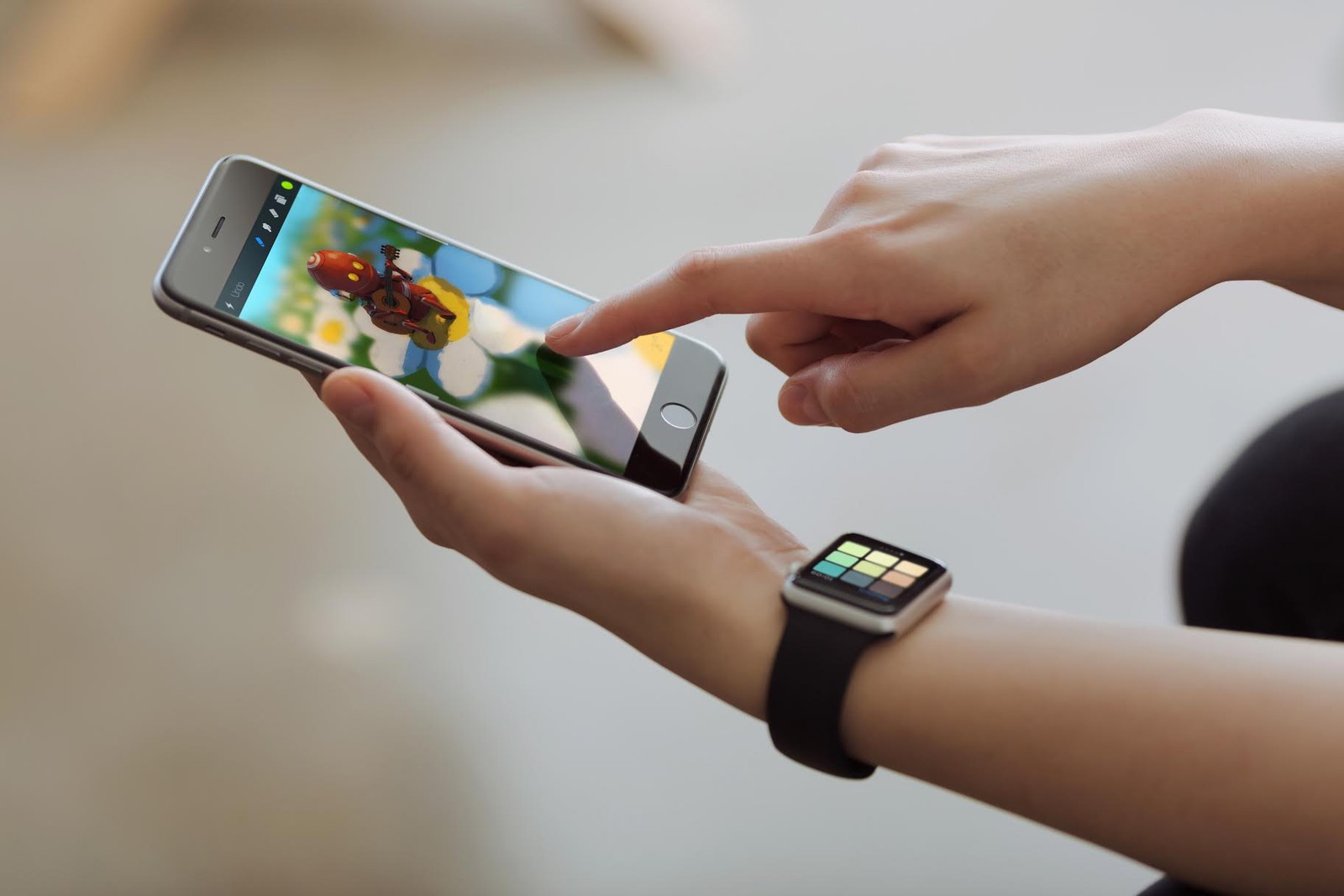 Don’t think of wearable design solely. It is crucial to connect a wearable with that of the existing devices present in a user’s digital environment. Use the merits of wearable to gain advantage from it.

Such as a blood pressure monitor and heart health companion app for a smartwatch can be integrated together to gather data, but the evaluation and analysis of the data can be performed using a smartphone.

Also read- Microinteractions: Take Your Tech Product To The Next Level! 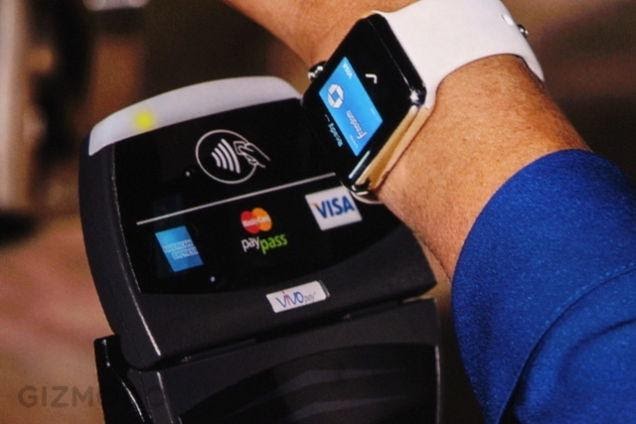 Just like other digital devices, wearables can also face connectivity issues. Make sure to arrange core functionality in offline usage. If it is a tricky task, then at least inform the clueless user what’s going on.

There are various wireless technologies and different kinds of networks via which wearables send out data. All have their fair share of positives and negatives. To select the best wireless network, we must think of the body part where the device will be worn.

Further, how much data is required to be transmitted and to what distances? And lastly, what is the network speed expected by the users? Wi-Fi is the most renowned and used wireless technology.

They make a good option for the wearables worn regularly as they collect moderate to large amounts of data. Another plus is that Wi-Fi networks are cheap and simple to install.

Cellular wireless technologies like 4G LTE and the rising 5G can rapidly pass on data over long distances, thus making them the most instinctive choice for wearables that transmit data to remote web servers.

Mesh networking is also one of the ways to connect people who use wearables. Avoid going for cheap hosting as it results in downtime of the device and irritation of the user.

Besides user convenience, data transmission needs, we need to look into possible health problems. Although research on the long-term health effects of prolonged exposure to EMF radiation is still in the initial stages, many scientists have raised questions on this topic.

As data on health effects is still not concrete, it is suggested to the designers to observe caution and design wearable tech that produces lowest frequency radiation( particularly if the device is in close proximity to the vital organs)

Wearable technology is much more than a mere rectangular screen. With this booming tech movement comes a challenge to bridge the gap between the aesthetics and features.

Smart device users often bring unpredictability and individuality along with them; hence designers have to gear up to achieve usability. I hope the above practices will empower your users to perform actions in wearables quickly and easily.