You are here: Home / Blog / The Game Changer In Interactive Design – Animation

As an interface designer, while building digital products, I have always had one command-user experience. How can the user get the most out of the product? What can be done to make it more interactive? Effort has always been to embrace any such development that can lead to better user experience. With advanced add-ons like animations, such goals become more attainable. Modern devices and software have even made the unimaginable possible through features like complex transitions across the elements.

Animation undoubtedly has a super effective and can add a grand value to the experience. What can animation do in interactive design? Let me enlighten you about the scope and use of animation in making a successful product.

Good transitions can only work if the relation between animation and user experience is understood. Retaining the interest of the user and maintaining a relationship with the context is always a challenge. Complex interactions and processes can hinder the flow and make the user lose context and orientation very easily. Elements, when removed or taken off from the screen suddenly, can confuse users and they might lose an understanding of the interface.

Use of animations in an interface has become a natural phenomenon as it knits the elements and maintains the context.

Animation can be of great advantage to the user in terms of giving feedback that too in a smooth manner. It does not clutter the interface or overwhelms the user with an overdose of information.

To understand animation, we can take the example of the Camera app in iOS. At the time of focus on an object, the crosshair fades and shrinks in order to grab the right focus and as soon as it is ready, it fades to tell the user that it is about to take the shot. Such animations are very useful as they provide specific information without confusing or frustrating the user.

If an interface is full of elements and cannot highlight any peculiar item, animation can help to capture the attention and shift it to a specific element on the screen. Animation aids the designer to maneuver with the position, scale and opacity that can grab the attention of the users very well. Another way to fix the focus is to include an asynchronous timeline of animations that highlights the element that animates last. Animations build a flow across the elements and if disabled disrupts the sequence provided they are not superfluous.

Now, if you think that animations can change the entire design, you are wrong. It is just a part of the big picture.  Surely, animation can improve the feeling of using an interface but are just a mini part of the user interaction. Animation can settle the path the user is walking on and definitely provide the right understanding, but still, you need to work so that the path leading to the right destination and expectation.

Animation is a great tactic in improving the user experience of a digital product, but it should be kept in mind that not every animation can prove compatible and reform the product. In research done by Nokia in the year 2010, the fact that came forward was that the users have mixed feelings when it comes to including animations as a part of transitions. Ideal animation was determined by using different speeds and animation curves.

Animations that are computer-generated are linear in their type whereas the animations that fall in the category of easing are more attractive and natural. Nokia in its survey interpreted that the animations which move from slow-to-fast are generally perceived as slow products as such kind of products provided response slower than the normal rate.

The response a product generates must be quick so as to put across the impression that the product is fast and responsive despite the fact that the path to the destination is slower in the end. Users like progression. They are likely to wait till the time you hint about the path that comes forward, so the faster you guide them towards that path, the quicker they are captivated to discover it.

Also, keep in mind that inconsistency can irritate a user, so do not take the risk of having slow loading times as it can frustrate the user badly.

Animation can actually be the best approach in web design and can be used for:-

These are one of the most common uses of animation, but still not done in a proper way. The tactic lies in the fact of how fast or slow images load and the manner they move on the screen. Movement within the galleries and slideshows must be realistic in a manner that copies the turning of a photo album. This relativity between reality and digital reality formulates a logical connection amongst the audience.

Now, filling forms is not a problem with animation as it helps the users to perform the calls-to-action by highlighting the field to be filled next or by marking the fields which are complete. Since forms are made with the target of user interaction, animation serves the best here.

Hamburger navigation is believed to be the most suitable option, but there are various methods that go for navigation. Be it the sliding options to sticky navbars, animated effects are a great user map on a website.

Although this is one of the difficult types in animation, simple page motions is a pleasant way to make the page even more captivating. From AJAX loading options to simple shakes or cartoons, the full-page motion has a stimulating effect. However, always keep in mind that having too many loading items can destroy a site and make it render slowly. So, it is advisable to do proper testing and then plan as per it. 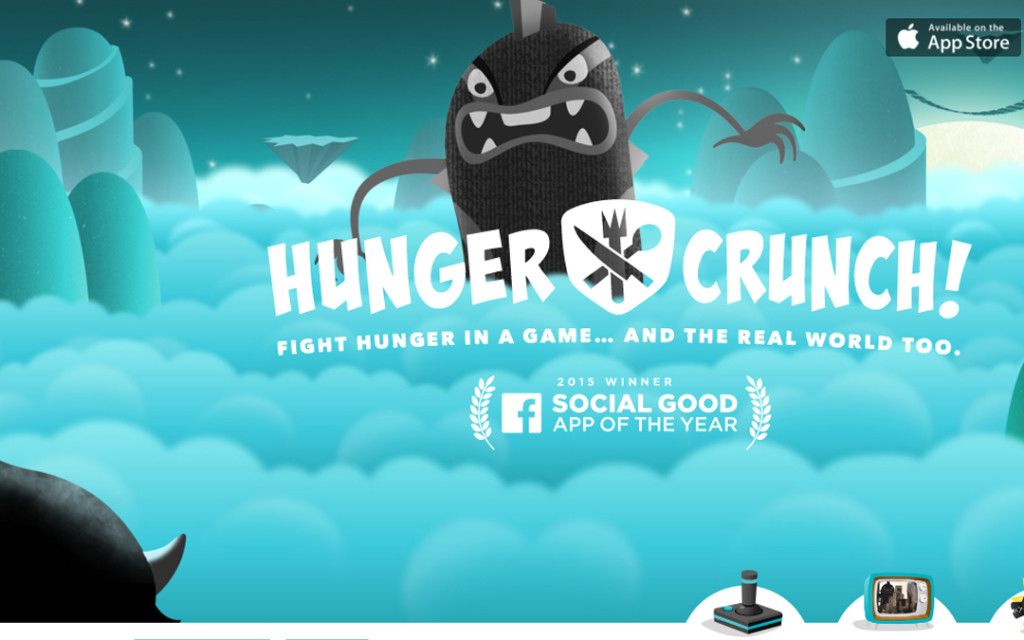 Usually associated with aesthetics, an animated background can grab the attention of the audience and cast a good first impression thereby attracting the new users towards the product. The best way to execute animated effects is to follow the principle of simplicity. Having too many effects will distract users. The animated designs that are best suited provide clear and simple direction without making the user put in too much thought process into it. 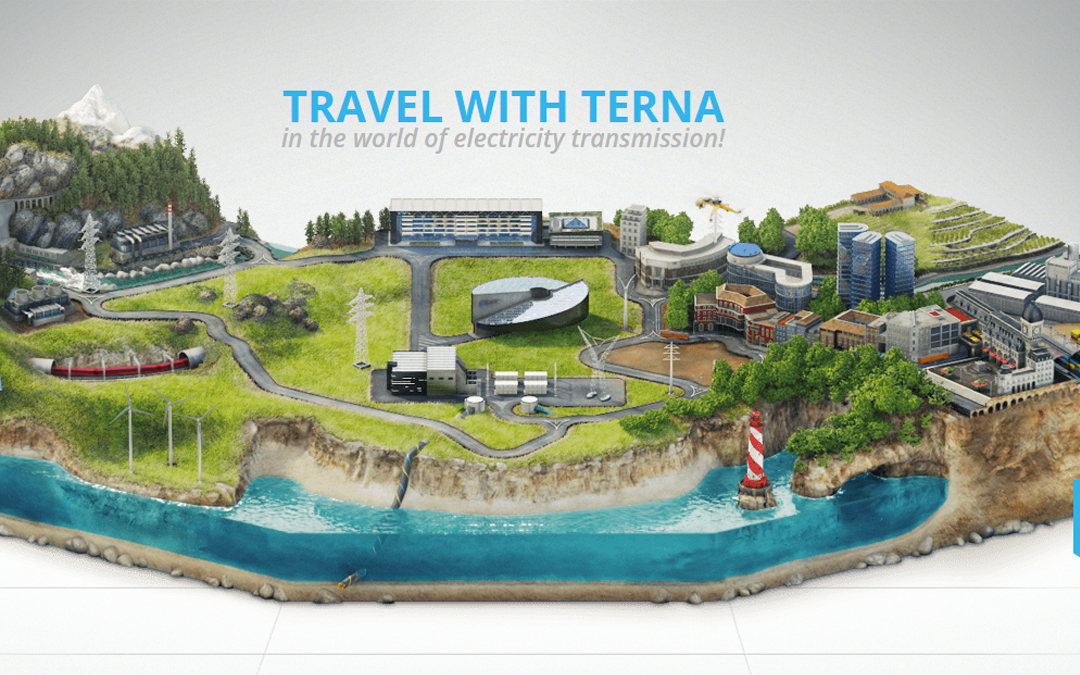 The animations of the loading type are the most famous ‘unseen’ elements on the web. These are called unseen as no effort is required on the part of the user to initiate the animation. Loading animations are engrossing and provide a refined feeling to a simple website, thus making it a sought after option for the designers using flat design or minimalist styles. To bring out the best of loading animation, it should be kept as simple as possible.

Do not overshadow with elements such as sound or flashy techniques. The animation must correspond with the design if the design is simple, so it should be the animation.

In the case of one-page websites, scrolling animations is categorized as the most suitable design tools. With the help of this tool, a website can have an unlimited number of pages in a single-page format. This style of animation complements the user and works according to his or her pace. Scrolling is also helpful in stimulating on-screen elements. This adds to content in a one-page setup and affects the behavior of other objects on the screen.

For instance, scrolling can trigger an infographic, tell a story or play a game. Background animations are often ignored by the users; it is scrolling that involves the users by managing the pace of the story.

Animations can also be used to signify change. It is with the help of hover, that is, one of the most popular types of animation patterns, that change in an interface pattern object can be shown. A button or an image may appear in one direction when the website loads, but will look in the opposite when the user interacts with it, such as sliding the mouse over the element. Through this minute change, the user will understand how to use a website through the related actions without occupying any additional space.

This last use is kind of a peek in the future. The use of animated photography is still not developed and is growing gradually. Designers can animate images or use varied types of images, shapes, and text to create a more engaging experience. Flat design is gradual including realistic elements and this shows that photo animation will soon catch on the pace as well.

To make the user understand the time zone properly, the interface includes a zoom and scale animation option that keeps the context intact while switching to the next screen. It is because of the zoom animation, there is an invisible layer feature where the years are on the bottom and the months are on the top.

Another ultimate example of incorporating animation to improvise the transition process is when opening and closing photos in the Facebook app on iOS. Just tap on the photo and you will have an enlarged view of that photo. To add on to the experience, the tapped photo stays present on the screen whereas the interface behind it fades in.

Closing the photo automatically puts it back in the timeline in the app. These little animations make the tasks simpler and track each and everything happening in the interface.

Animation is not just about entertainment. Although it is widely related to childish cartoons, in the web design domain, it is an effective technique that fulfills important roles. A good designer knows the significance of animation in solving problems. But, having said that, it does not imply that animation cannot induce the fun element at the same time. Along with giving the advantage of aesthetically pleasing goodies, it can serve as real user experience enhancers too.

The best trick is to find the right balance between fun and function and work on the user flow even without the dependence of animations. A transition will be effective only if it is smooth and counts for better user experience and fun factor all at the same time.