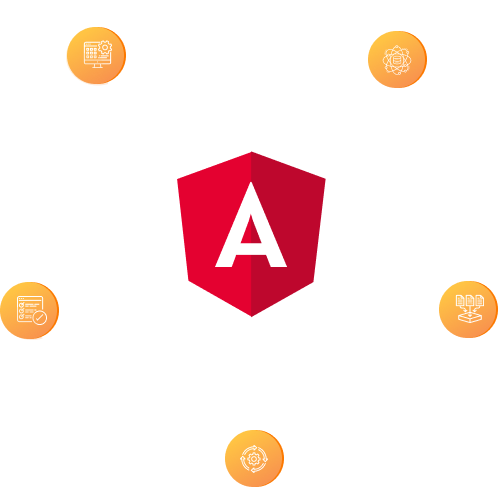 As a leading Angular development agency in India, Think 360 provides superior-quality Angular development services for web and mobile platforms. For 12 years, we simplify the digital transformation of businesses and make use of the best of Angular technology to create applications that deliver a pleasant user experience and high performance. 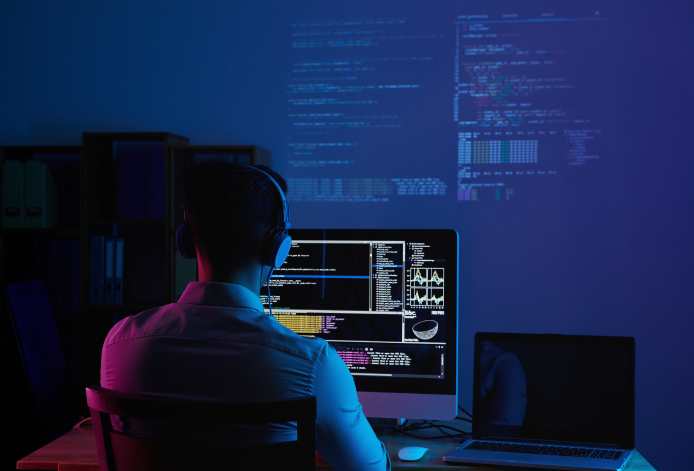 Angular is an open-source JavaScript that is backed by Google. This MVW (Model-View-Whatever) based front-end development framework is used to build dynamic, high-performance, and feature-rich web applications. It extends the features of the HTML language with directives and binds data using expressions. The Angular framework provides everything that helps developers deal with the challenges they face in the web application development process.

MVC stands for Model View Controller. It is a software design pattern for developing web applications and is very popular because it separates the application logic from the user interface layer and supports the separation of concerns.

Data modeling is a collection of data available to the application and Angular applications usually have a data model.

Two-way data binding is used to display information in Angular that allows the end user to make changes to the fundamental data using the UI. It creates a two-way relationship between the view (template) and the component class. This is similar to two-way binding in WPF.

Single-page applications are web applications that load a single HTML page and instead of the entire page, only part of the page is updated with each click of the mouse.

Angular framework works on zero error deployment process. And thus, under Angular, developers can run test-drive development which helps in deploying the application without any errors.

Begin your Angular journey with us

Angular uses MVC architecture to build interactive web applications that divide a web application into components. It helps to save developer time and meet deadlines quickly.

Angular is fast that easily get integrated with other frameworks. It reduces page load times by implementing various web technologies such as bundling, compression, etc., thereby simplifying the development process and improving navigation and user experience.

Using Angular the templates are converted into highly optimized code which gives us the feel of handwritten code. This code acts as a framework for creating applications.

Angular web development provides services for building cross-platform web applications since it is Ionic for mobile applications and Electron for desktop applications.

The Angular framework has data models which let developers add and modify properties directly on it, as well as a loop over objects and arrange them as needed.

If you want to build a fast-loading single-page application for your product or service, there is nothing better than investing in an Angular web application development company. 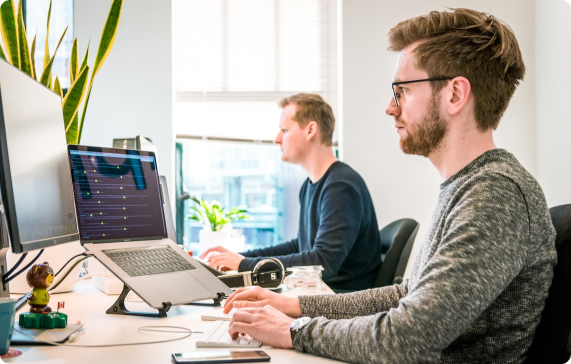 We design and develop custom plugins for your Angular web application to enhance app functionality. We understand that your growth requires the right solution that meets your business needs. 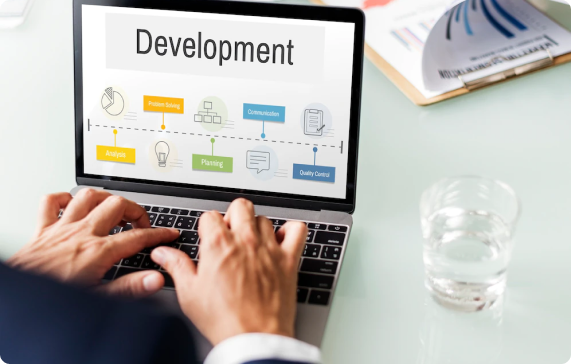 Instead of operating on undesired rigid and strict parameters, we offer our clients the flexibility to choose from different engagement and hiring models. 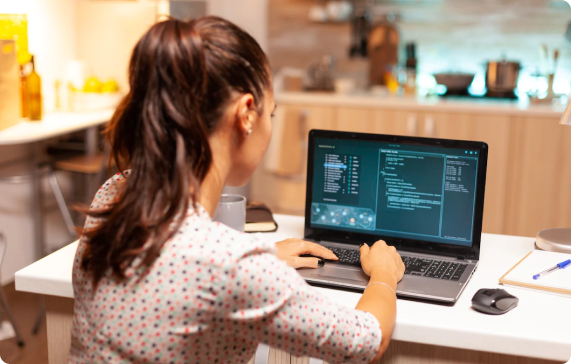 With years of experience and proficiency in Angular development, we can build secure, fast, and versatile web applications for our clients. We use the best features of this web framework to develop end-to-end solutions 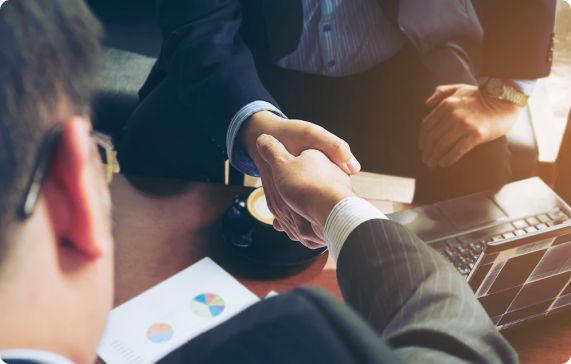 We offer a perfect combination of cost-effective rates with amazing quality to ensure a competitive price in our segment.

Throughout our project together, Think360 has delivered a quality product with a high level of service and professionalism. We required some website templates built which had more advanced requirements than most projects. Think360 was able to fulfill these requirements easily while still meeting the deadlines. We would recommend Think360 to anyone.

Think360 was a lifesaver. I had a bad experience with another web developer, and then I found Think360. They offered me a very reasonable price for my web development project. They were very responsive and showed me lots of progress throughout the whole project. I am very picky because I am a designer, and they always complete my picky changes with no complaints. I will be continuing to do work with them because they are so reliable, and do a great job. My website looks great on desktop, mobile, and iPads. Thanks again, Think360!

Think360 team are most amazing design team with an insight that is second to none. They can design what you dream. They had all milestones completed before they were due and their communication was excellent. Looking forward to working with them again. If you want a job done to the best it can be then hire them. They made my experience unbelievable one – If there were rewards Think360 team should get one.

We have worked with Think360 Studio for a period of time to Our experience has been really great and we are very grateful for their support and good work. We will surely give them a lot of jobs to fulfill and we look forward to a good long-term relationship. Thank you for your amazing support!

I have worked with Prince Pal and Think360 team for a year now. We have designed and built several websites together. We have also discussed ways of growing my online business here in Switzerland, which is proving very helpful today. The think360 team and Prince Pal have shown themselves to be fast, efficient, and friendly partners to work with. They have provided unwavering support in solving all technical challenges facing us. Prince Pal has also provided support and counsel in marketing matters and helped me think about my business targets and how to reach them. Despite the long-distance (Switzerland – India), the daily collaboration has proved very dynamic and fruitful and I hope to be able to maintain good work with think360 in the future.

How much time does it take to complete an Angular application development?

The time required totally depends on the complexity, scope, and functionality of the web application. We implement a module development strategy to complete the development on time.

Do you share a regular Angular web application progress report?

Think 360 provides all the details and reports of project work on time. Any modifications required can be done by Angular developers.

What about the SEO functionality of web applications?

All Angular applications developed by Think 360, are as per search engine standards. This helps them to get a high ranking on search engine results.

What is Angular good for?

Which popular apps are built with the Angular framework?

What type of applications can you build using Angular?

Angular can be used to develop many types of web applications. Such as

Why Should I Choose Angular for Web Development?

Angular is based on the MVC architecture that does not require getter and setter functions to work. This reduces a lot of effort and makes it easier for developers to use. Users can dynamically load external scripts with the help of a script source. It’s an open-source framework that is used for creating front-end solutions like interactive user interfaces.

React is better or angular?

React and Angular are very popular choices in the development board today. But when you hire React developers you get virtual DOM, server-side rendering optimization, and huge community support from fellow React developers. However Angular developers can work without additional libraries while React developers cannot. So ideally your project and its requirements should determine whether you should hire react js developers.

What about Angular performance?

Creating well-responsive user interfaces requires high-performing tools and techniques. The rendering and response of user input should be less than 17 milliseconds. Provides users with a smooth and seamless experience by gaining speed that increases users' trust in your app. Angular can allow you to build such apps.

How do you host Angular apps?

After compiling the application, it can be deployed and hosted on a web server with HTML, JavaScript, and CSS. Apps built with Angular are flexible that can run on multiple environments or are served by technologies such as Node, Java, PHP, .NET, etc.

Yes, we do! Think 360 We provide complete maintenance services and we can help you migrate your existing application to Angular. Angular apps can be structured in many ways. By using certain methods and patterns, you can make your app future safe even before migration.