You are here: Home / Blog / Web Design Trends Prediction for 2016 By Prince Pal

I am Prince Pal working as a Creative Head and UX strategist at Think360 Studio. At the beginning of 2015, i wrote an article about Web design and development trends in 2015. Here i am Talking about websites and the race to be a notch above follows. The designers aim to give you all the web crunch so as to provide an experience that is just ahead of the curve. With the extraordinary design elements and layout patterns, the products are bound to be in the first row and cut above the ongoing type. Helping you to gear up for the lead, here are some of the best trends in design and layout that will surely provide a bleeding edge:

Nowadays tech startups is just not simply start a mobile or web app without a User Experience (UX) designer, Nowadays people are getting aware about this missing key of Unsuccessful product. First UX designer will follow the Agile or Lean UX Process as per the App requirement and create a strategy where apps gonna hit on the launch pad. So for a $10000 budget mobile app required – A UX Designer, A UI Designer, A App Developer, A Content Strategist, A Marketing Guy. That’s it.

I can predict that in 2016, App maker or UX designer will more Invest into Usability testing and build Usability tools. In this area Google / Facebook already started developing Usability tools, which you can enjoy in 2016.

This year unquestionably saw more video blogs, animated GIFs and simple icon animation. In any case, best of all we’re seeing more UI and connection driven movement. From CSS transitions and changes to JS Libraries, devices like GreenSock are helping the universe of post-Flash activity develops rapidly. One year from now ought to see both a quick multiplication of UI animation and in addition a sharp increment in the tools for making it.

If your website does not pass in this Google Responsive tool forget about the good results and indexing in Google. Google is penalizing those websites which are not mobile-friendly.

Pages based on RWD give great comfort. With a well-designed website, navigation is readable, page elements are intuitive and transparent content architecture. Depending on the width of the screen page will look a little different on the big screen will make full use of its capabilities, on average slightly reduce the column, and on the smaller side to convert one-column view. Turn navigation and the easy to hit with your finger, big links and images will scale to the most optimal width to change the size of fonts.

Must Read this helpful article about Responsive Web Design 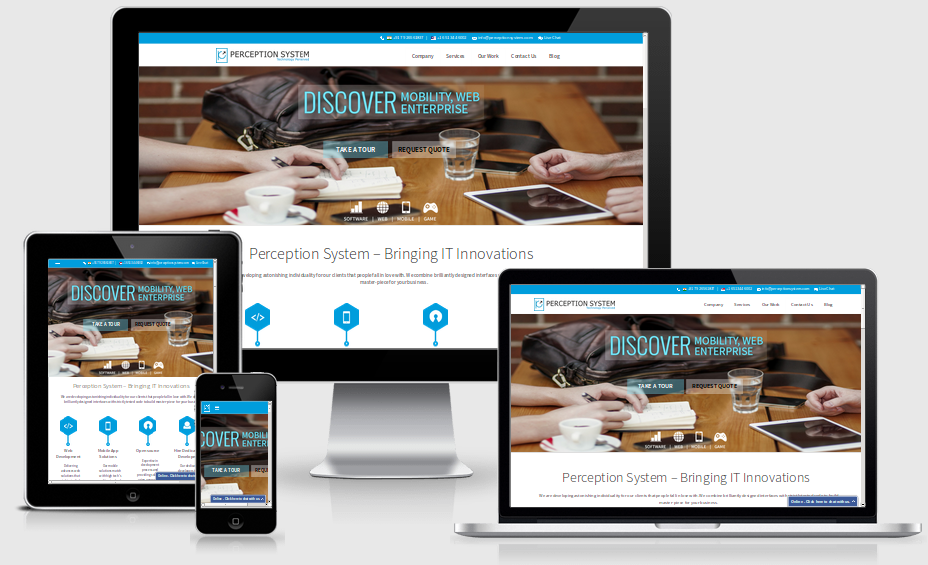 Generally, as the page was the Internet’s true unit of substance, so the “card” has all the earmarks of being the mobile, gadget and social era’s. While proclaiming card plan as the eventual fate of the web initially began happening a long time prior, it unquestionably feels like we’re hitting a tipping point for this straightforward yet rich medium – particularly given the nearing blast of little interfaces be they a HUD in your car or a watch interface on your wrist. 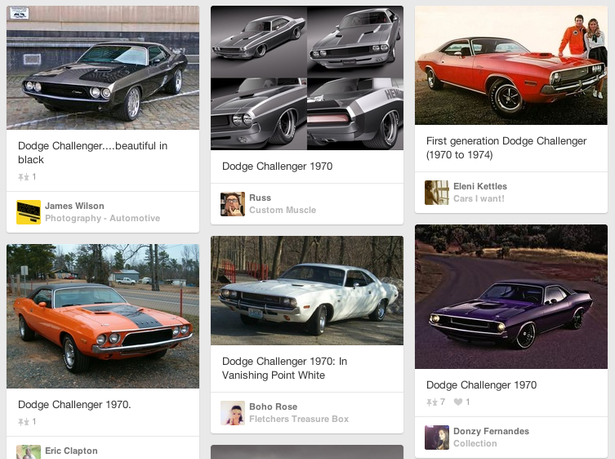 We saw a detailed design language give by Google called Google Material Design in 2014, it's widely used in mobile apps and Websites. We saw Flat/Metro language poorly adopted by Microsoft in Widows 8. And other big applications also adopted.

In both languages, we saw the proper use of Typography / Colors and Shadows in elements as per the User Experience which user like a lot. So I am predicting that in 2016 we will see more design languages that will use Typography / Colors / Shadows / Animation in 2d and 3d forms.

Content is king for any website or mobile app, many startups hiring content strategy maker agencies who will help to create the User’s personas. We know that your average web user has a short time, that readers are not interested in long paragraphs of text and too much scrolling. But you can’t communicate everything in bullet points or flash animations. To make a good story you need to play with space and interaction.

And that’s where visual stories come in.

For example, the www.story.glass beautifully tells the facts of the story telling interfaces and explained well how we can make the best user engaging story teller page. Web designs are becoming more interactive and animated to help present content in a unique and appealing way. We can explain the content with perfect use of Visuals and Typography & mixed bled of colors and perfect use of BG CSS animation or muted videos can tell your brand’s story perfect and engage with the user a lot.

In 2015, typography was very important in many site designs, and I don’t see that changing any time soon. In 2016, You will see more large headings and typography used websites.

however, I see large headings and typography getting even larger. I mean large enough a plane can see it on the ground (ok, not that big, but you get the idea). I given below few examples of large typography used websites, enjoy and feel, Its a visual statement which we should not miss.

Large typography is likely going to be key in 2016 as a way to enhance the visual hierarchy of the page by ensuring Users read the big typos on the landing page first and that grabs the attention of the brand.

Some design trends have been motivated by the need to make sites load faster and consume less bandwidth. Nowadays all websites should optimize the website as per the Google Page Speed tool, must check our studio website speed and results will appear like this [Link]

Every designer and developer should be more aware of the weight of their sites and how their users interact with them. Responsive Web design has helped bring to light these concerns. To make the fastest website on earth a designer or developer should follow the basic steps in 2016 –

Let those slideshows speak volumes at full-width high-resolution mode. Its use provides a lifelike feel and gives weight to the images, thus making it outreach to the viewers. Such kind of layout has been the favorite amongst the designers as it takes a whip hand at the website. Yes, get the hook with this look! 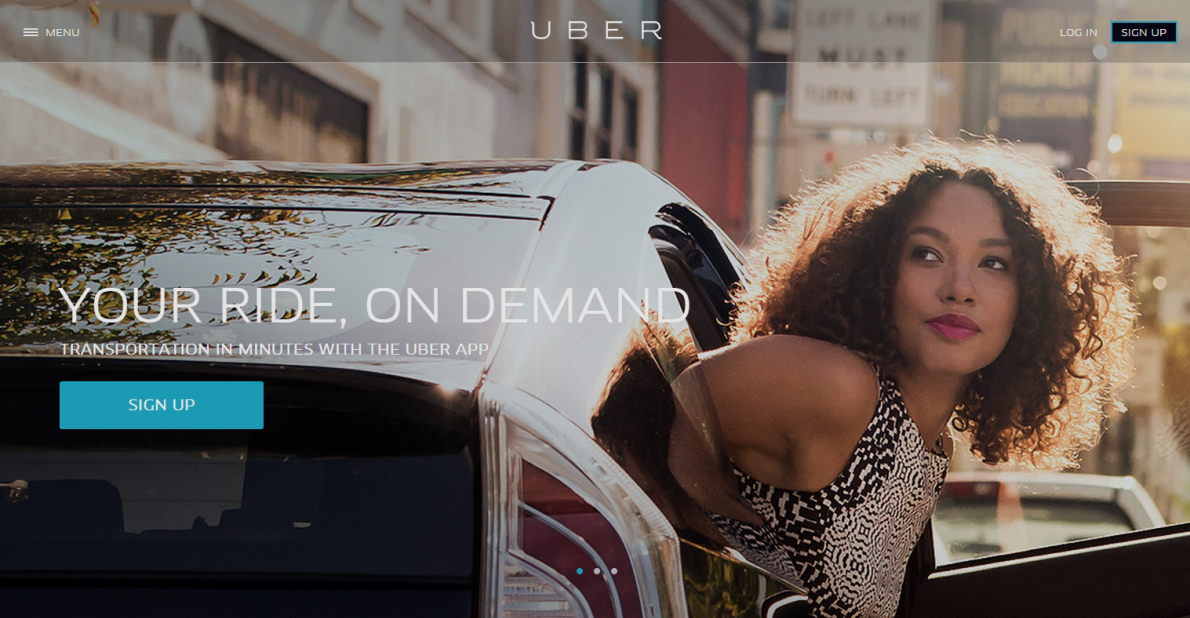 This pattern has gained momentum recently and is meant to stay. Gradient backgrounds with variant scales are achievable with CSS3 code, which in turn also saves the tedious image forms in Photoshop. The trend is surely an add-on to the look-and-feel of the website. 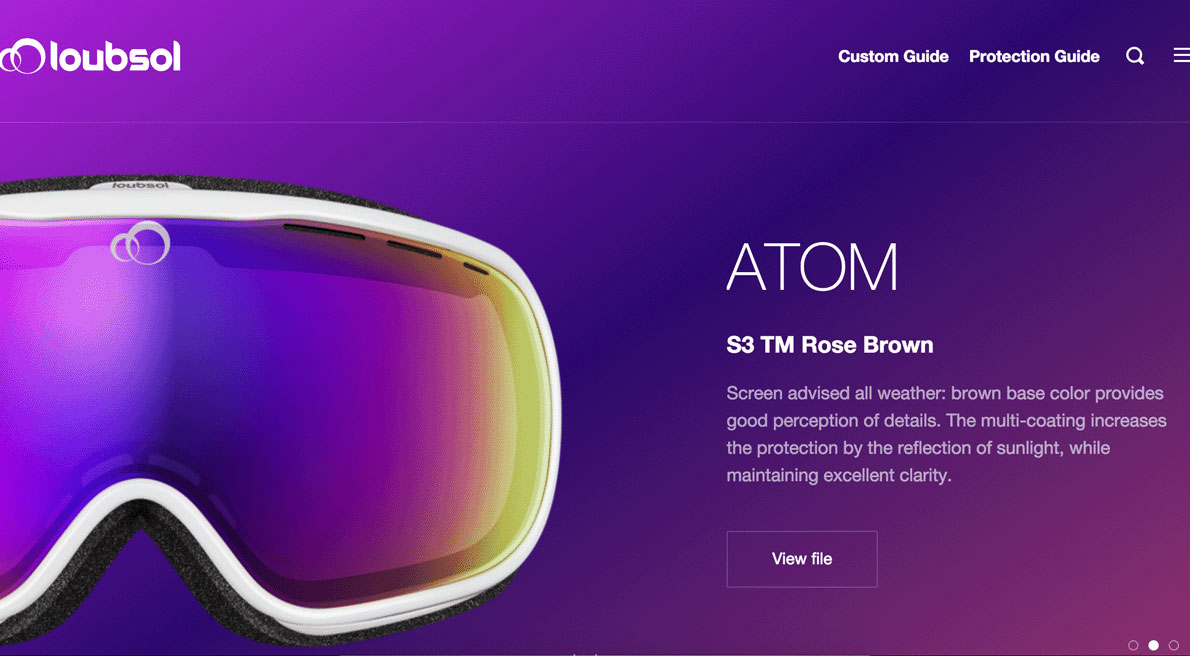 The ghost buttons have been a hot trend for the flat and minimal websites. It comprises of a click-able button with a simple border and a transparent background. This potential element has resulted in awe-inspiring websites and creates an ideal effect in a contrast setting. 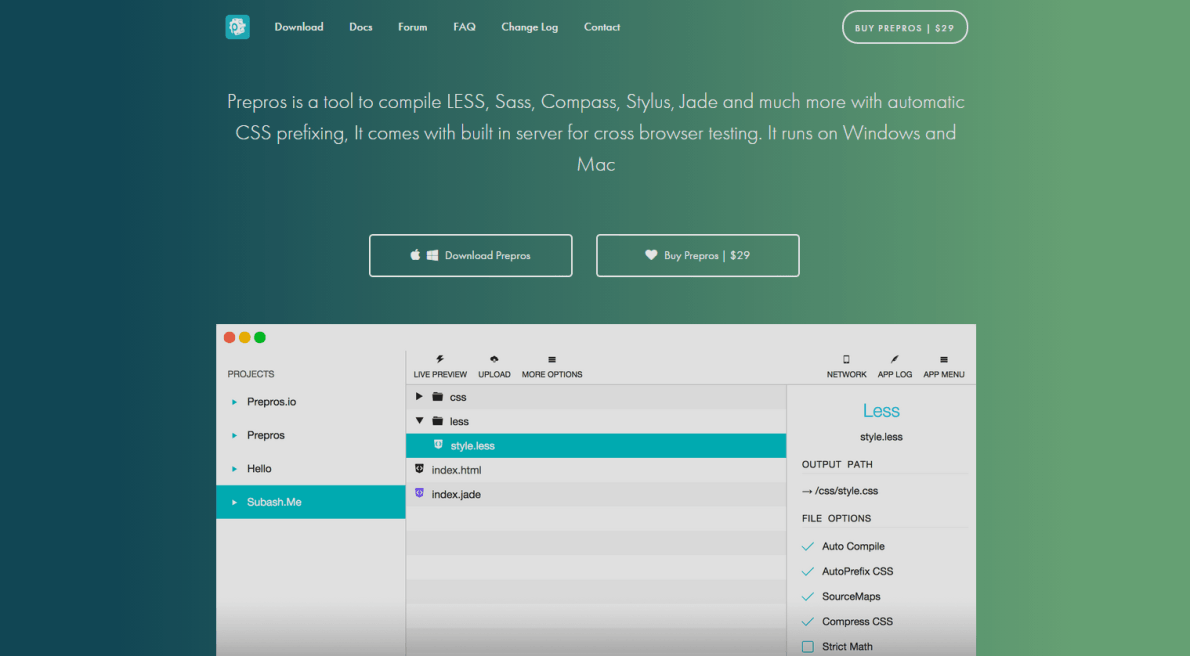 The sticky navigation bar has been a fast approaching trend and is ruling the web world. In spite of many fingers being pinpointed by the designers for its usage, the feature has beholden many. Although it pulls a lot of space with its fixed place, but taking the other side of the coin, navigation bar directs the user well on the entire length of the page. Nevertheless, there is always a big nod for this one.

Think360 Studio website with a sticky navigation bar is the best example.

This has been quite a run-of –the-mill trend and has prevailed for long in the Websphere. However, with redefined tools it has also had a makeover. It complements the text well and increases the visual appeal quotient. Patterned backgrounds play a major role in enhancing the readability of the website. 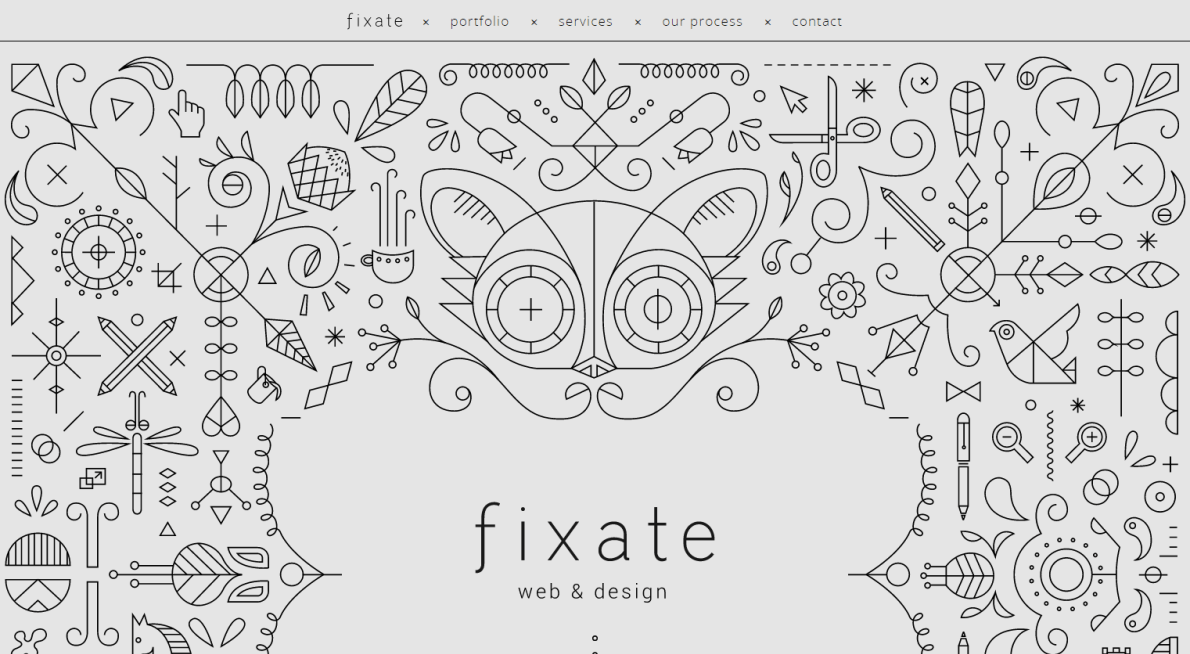 The modular grid layouts have been the newest wrinkle in the layout type and have scored high in the design-o-meter by the web designers. Being highly flexible, it ranks over the regular strict grid layouts and has become the most sought after feature in responsive website development. The variability in box sizes as per the content and space is really very handy. Be it the clean photo modular grids or the artistic patchwork inspired grids; designers are using it in full swing. 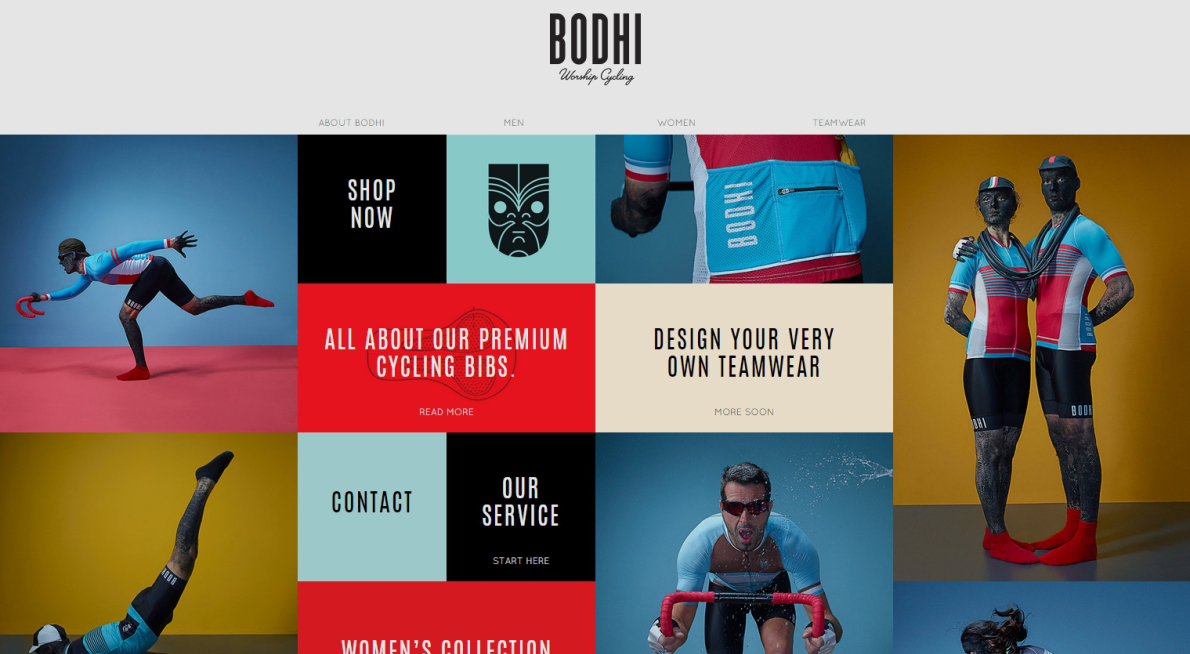 The navigation menus that are hidden are catching the buzz with time. It has evolved from the responsive navigation design pattern and is there to prevail. The best part of this trend is that it saves up on a lot of space of the screen and is not dependent on screen size.

Feature lists are one such trend that has been used invariably. With user centric design, adding to the credit, the designers are pretty much given over to this style of display. These lists are effective in categorizing the features or the important parts of a product or service for that matter. Feature lists are somewhat a graphical representation of the bulleted lists wherein the words capture you easily. 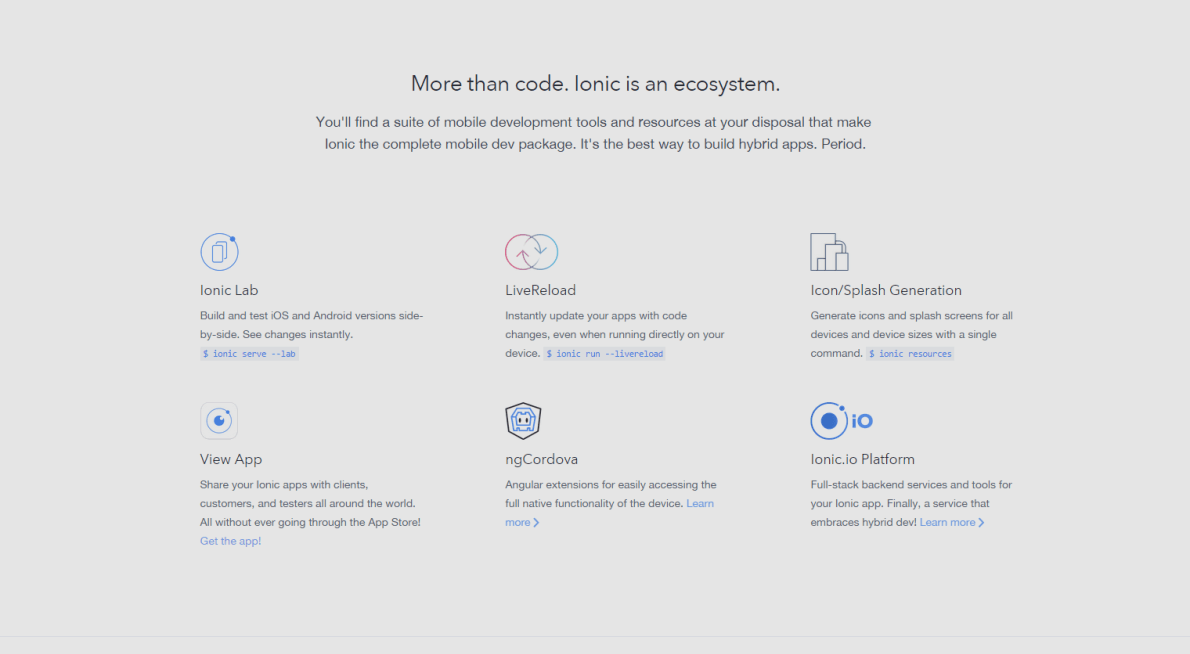 In terms of design, it is always best to be simple. Keeping the layout clean with minimal features leaves enough room to keep it informative and interactive. Simple layout complements well with text readability and just spells the right meaning across. In minimal layouts, generally, the content is the hero and rules the mind of the user. 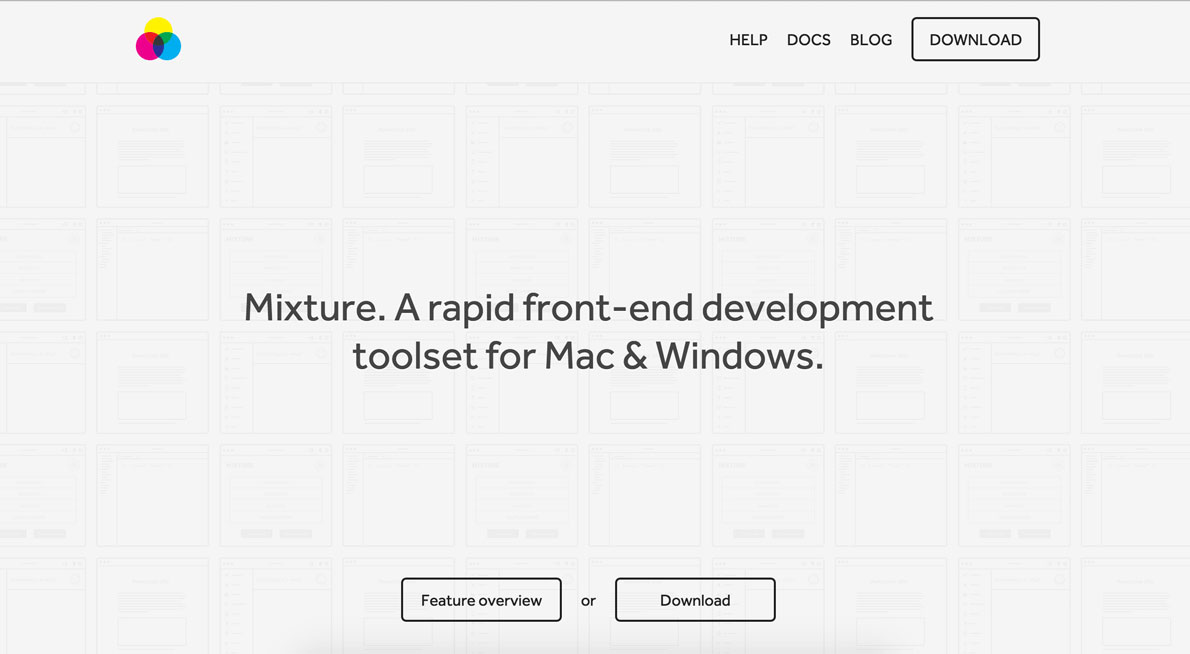 These are the design trends that have taken the web world by storm. However, with designers spearheading with the elements, definitely, there will be many layout front-runners ready to join the league. Till then, let these trends do the trick!

What other design trends do you think will rock the Web in 2016? Let’s discuss in the comments below.