You are here: Home / Blog / 7 Things Every App Developer Should Know Which They Don’t

Mobile app development is a big industry today. With all the tools and options available, entering the development arena is not a tough challenge provided you have the wits to it. And if the chance strikes, you hit the bull’s-eye so that so your app becomes a success in the app market; you will make good money out of it as well. But despite all the buzz on mobile development in the last two years, it is seen that a lot of developers are far from basic knowledge when it comes to creating mobile applications.

They are still stuck in the desktop mode; well, they find comfort in big! Remember it may be easy to build an application, but what requires all the work is constructing a good experience.

Yes, with the rise of mobile devices and other smaller screens there ought to be some shift in perspectives too. Rather than creating for 8-by-13-inch or larger PC screens, developers should emerge in their skills for 2-by-2 inch Android, iPhone or BlackBerry screen.

In the smartphone world, owing to the limited screen size, every pixel carries a lot of value. Even for iPad’s larger screen, 7.3 by 9.5 inches, a different way should be adopted by developers as its 1024-by-768-pixel resolution is not equivalent to most desktop monitors. They should also switch to smaller keyboards, touch interfaces, and battery usage.

Now, for the developers who want to make it big to this new realm of computing, there are certain aspects which require special attention. Without further ado, here are some points that all the developers should avoid if they want to prove their mettle in this field- 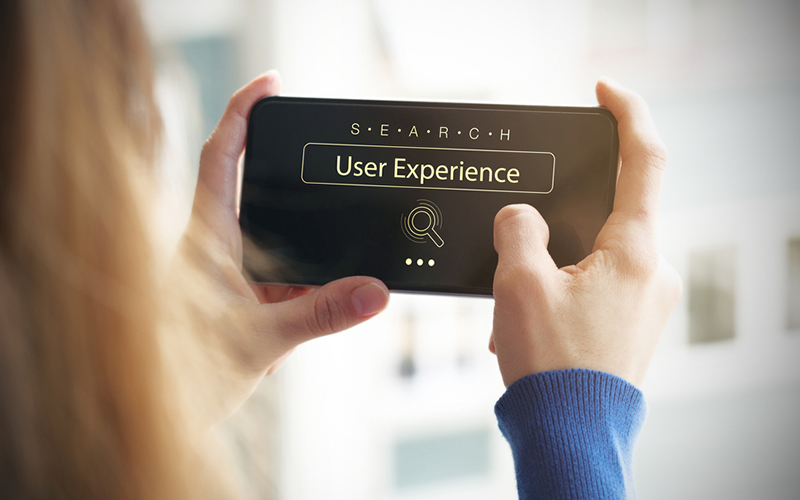 As a developer, your prime focus should be on the target user and the depth of their problems. As you gauge the issues they are troubled with, you can bring out a mobile app that sorts them all and makes their lives easier. Make the navigation simpler so that it takes the user directly to the content needed. Don’t make them wade through lengthy lists and tasks.

Go for the defaults, so that the application moves on the last choice taken up by the users. For instance, Nokia catering to its objective of brilliant user experience is moving to Windows Phone 7 from Symbian platform so that it can roll out varied icons based on the effective templates available. The icons scale as per the screen sizes.

Developers must harmonize UI and application logic as well as be aware of the function of the application at the same time. Information overload will do more harm than good. Never give an overdose of user interactions. The trick is to optimize applications in the rich media space rather than focusing on a single experience across all platforms.

Unleash the best to deliver the richest UX and take the level of device performance to another level still keeping them usable and reliable. For best results, always categorize and segment your users. This will help to put forward the user behavior patterns and thus, contribute in delivering custom experiences for varied user profiles.

Memory and network bandwidth issues are bound to arise with mobile devices. The most common problem faced by the people advancing from desktop to mobile is that the platform doesn’t have much memory in store. A regular PC has 8GB of memory whereas a smartphone is limited to just 128MB. So, developers planning 100 pages on display will surely run out of memory. 100 pages don’t fit in the capacity of the current smartphone.

But adjustments can be made. Include smaller resolution images instead of full-resolution images to save on space. There is a lot of restriction in downloads in smartphones and tablets due to limited network connectivity. A developer should never saturate the network connection with loads of requests for images. If you ask the main parameters a developer must keep in mind before starting the process, they are memory, space and battery life.

To make it more feasible, it is better to keep the app light. The Facebook app was 35-40 MB three years ago, but now it is just 10 MB. Why so? It is because the company wanted to widen its base in India and Africa, where 3G is yet to be made completely accessible, thus relieving the pain of prolonged downloads. As mobile apps launched in app stores are free of cost for global users, it is advisable for the developers to create lightweight apps that can be relished by the audience across the length and breadth of places barring connectivity challenges. 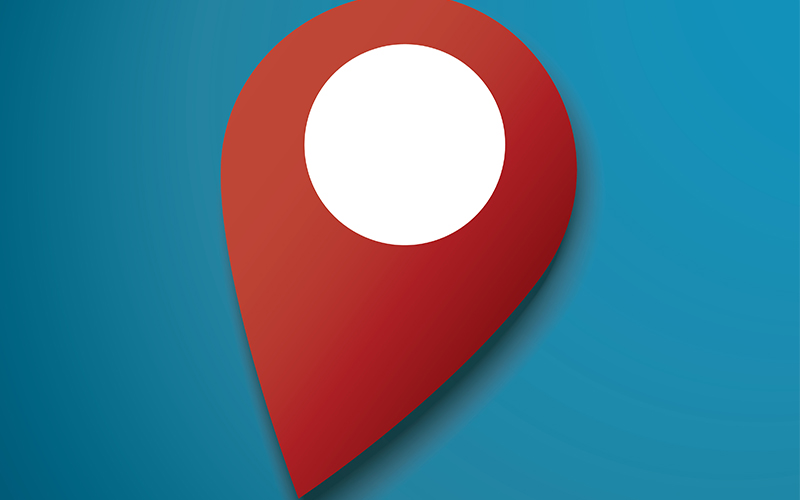 Location services are becoming popular in smartphones, thus persuading developers to give it a place in their app. It is seen that generally, developers don’t leverage on locations while making a desktop or web application. But it is through these location services that one can get customized experience just like a search application that keeps a track where the user is or provides locally relevant advertising. The programming here is uncomplicated; it’s just that the developers must know the methods to build new interfaces. 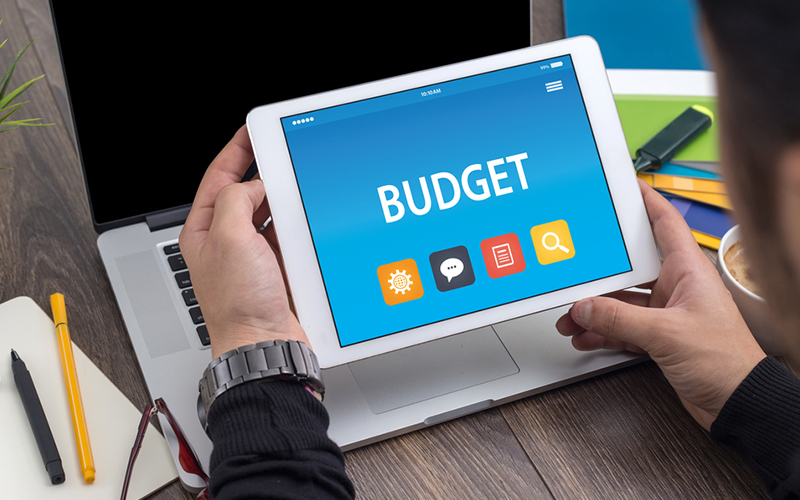 Be very careful while making the budget required in app development. If you can take the entire task on your shoulders, then you can save a considerable amount of resources involved in the process. Now, we all know that only simple apps work well. But actually keeping anything simple is difficult in itself.

Even if you try to hide the complexities of the technology behind a simple interface, still the efforts needed to do so are tremendous. Regarding costing, if you hire an app developer from outside, you will add up to the expenditure. This will ultimately increase your total costs. Also, if there are developers who are ready to do the deed at a nominal price, you have to make sure not to compromise on the quality in pursuit of saving money.

It is best to hire a local developer so that you can discuss things one-on-one and work together as and when required. Besides the developer cost, you have to take into account the cost of registering the app at app stores that you want as well as the costs involved in marketing. 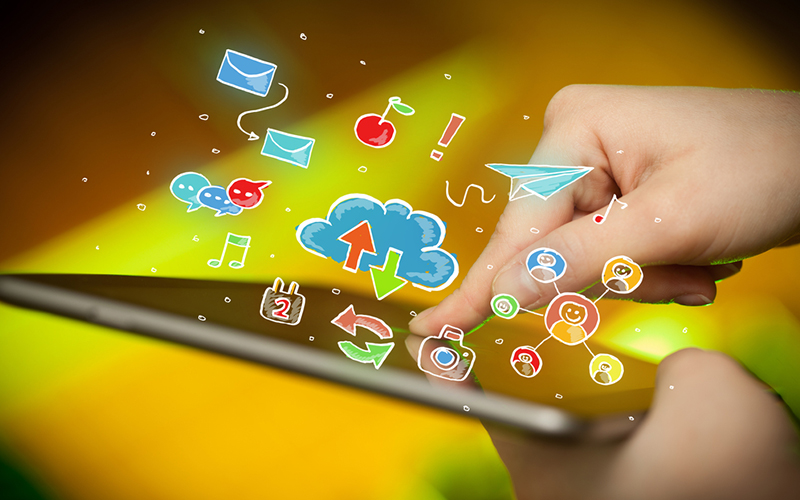 Developers and designers catering to applications for small devices must grasp the working of touch interfaces, which requires more in-depth knowledge of design and UX point of view than coding details. Developers must grasp user flows first and then move on to converting touch interfaces to coding language. Remember whatever the constraint is; don’t deviate from the primary purpose of your app and work to make it functional in one or two taps or clicks.

Be very vigilant when you have to decide between native and web development. Developers have to make a decision as to make apps thriving on native benefits and have the app downloaded onto the device or build web apps that work on mobile OS’s WebKit facility. The second option makes them like stand-alone apps even though they run on WebKit browser services.

Trade-offs become the judgment criteria for the vendors. It is seen that web-based development is decent on the pocket and not very complicated. But the trade-offs hinder the user experience as expected to be attained by them. For instance, in web development, location-based services and touch interfaces can be shortchanged. This makes the control over touch events challenging at the time of web development.

7. Over Dependence On Hardware

This doesn’t mean to be driven away by its superfluous advantage. First, consider whether the user will gain something from the experience or not and then utilize the hardware in support. For instance, animations can make use of bolster screen transitions. Take note not to harm the speed of any application by over or unnecessary input of such processor-oriented ways.

Finally, don’t expect things to go as per your plans. Users can make mistakes. Developers should expect the users pressing incorrect buttons. Owing to the smaller size of mobile devices and the alien feel of touchscreens, users are bound to make input mistakes, so it is important that apps are ready for dealing with these slip-ups efficiently and aid the user in recovering without much of a trouble. Remember users are your key to success. Always keep your eyes and ears open to receive as much consumer feedback as possible as it will direct you towards better and improvised features.

App stores are home to millions of apps. In such a cut-throat mobile app competition it is difficult for the coders to craft apps that will be a sure shot pathway to the high number of downloads. Every developer wants to get wonderful ratings by their consumers and hit the target of a million downloads. But unfortunately, this is easier said than done.

A developer has to be smart and act on the core idea on which the app is built. Always be relevant to the end-user and realign your product in a manner such that it meets the user’s needs. If you want your app to be a rage in the market, develop a product that scores points on pleasure, usability, and functionality.