You are here: Home / Blog / How You Should Test Your Mobile App? Tips & Tricks!

You further guarantee a ‘one-size-fits-all’ solution that is super intuitive, but comes to think of it, is that even true? How can you promote such a product unless you have tested it with real people who see the value in your app?

Okay, now make one thing clear, this isn’t about obvious bugs. When we talk of testing, it means giving fresh eyes on the project on a range of devices in real life context.

Testing gives a good overview of the kind of experience your readers will have when they visit your site and by resolving all the issues way in advance, you can avoid the hassles your customers can face later.

One major mistake that designers commit is forgetting to test on mobile devices. Even if there isn’t a specific page catering to mobile users, you must make it a point to test your pages on mobile devices particularly tablets.

Luckily, testing a page or application for mobile functions follows the same checklist as testing for a full-sized browser. So, that won’t be much trouble. With tablet devices being much in buzz, it’s more likely that visitors will give tablets a shot. And as touchscreen tablets have different design needs; it won’t be compatible with the standard full-sized site.

Yes, sadly, there isn’t a shortcut. The rule of thumb is, the more devices you can test, the better; cover everything from iPad, iPhone, iPod touch to Android tablets and phones, smartphones and other standard cell phones.

People those who surf on older cell phones and modest kinds will be relaxed towards design problems. But as the devices get refined, so does the expectations of the readers.

Here in this article, you will learn some ways to conduct usability testing so as to eliminate errors and avoid all the problems later-

Plan a get-together. Let all your friends come over for a party. Make them download the app and use it in a manner in which it was thought of. This will be very entertaining with all your friends involved in the process of creation of your app and will also give an insight into how people will explore your app in a casual environment.

The more natural they are with their reactions, the more positive will be the feedback. And, don’t forget to make a video of the event. There should be a record. 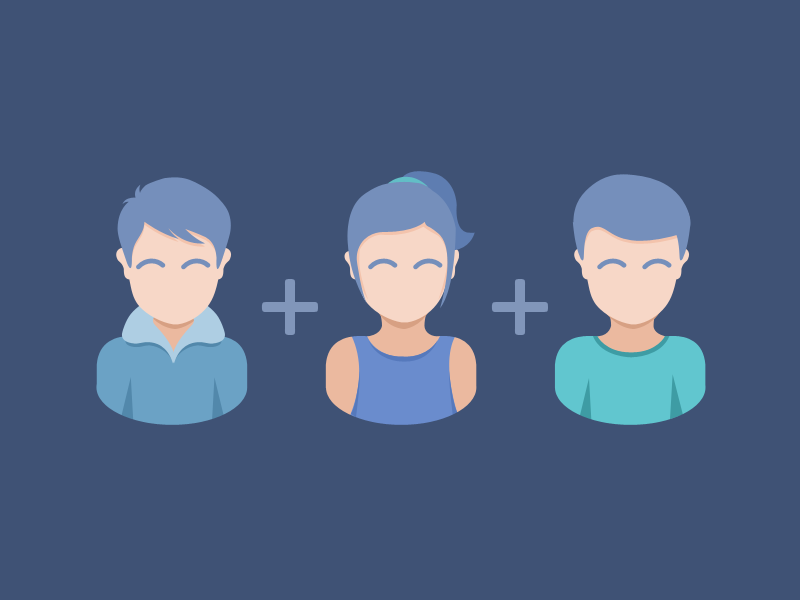 Focus groups are great for testing your app. If the concept of a focus group is alien to you, then know that a focus group is a group made by a market research professional wherein users of your target market are present and thus analysed by using the app.

The research is conducted either in a laboratory or in natural surroundings like street surveys or student classrooms. The researchers will target everything from branding, user experience, the effect of color, attitudes, behaviours etc.

A focus group study transports your testing into the psychological zone of customer behavior. Don’t forget, this method can prove costly and cost you a hefty sum per session, so plan accordingly.

This point says it all. Perform your own market research. Keep your computer aside and let your app be a part of various events, venture into supermarkets, work, basically everywhere.

Influence everyone who comes in your circle to download the app and provide you with a feedback.

You’ll be killing two birds with one stone as not only those people feel privileged for participating in the testing process but also it will prove useful in marketing as you can brag and strike a conversation about your dynamic new app.

Evaluate the market and bring into play the devices that are popularly used. This decision is generally based on the choice of clients.

The client or the app makers go for the craze factor of certain devices and the marketing requirements for the app to list out what handsets should be used for testing.

Never ever take your HTML validation lightly as it will lead to serious errors. Yes, HTML need not be 100 percent valid, still figuring out the errors can help you remove them smoothly before you get entangled in all sorts of problems later.

Emulators prove to be really valuable at the beginning of the development process as they permit smooth and efficient testing of the app.

The emulator is a system that executes software from one environment to another environment without making any rectifications in the software itself. It replicates the features and operates on the real system.

There are various types of mobile emulators namely device emulator which is provided by device manufacturers, browse emulator that activates mobile browser environments and operating system emulator, for example, Apple has emulators for iPhones, Microsoft provides for Windows phones and Google Android phones. 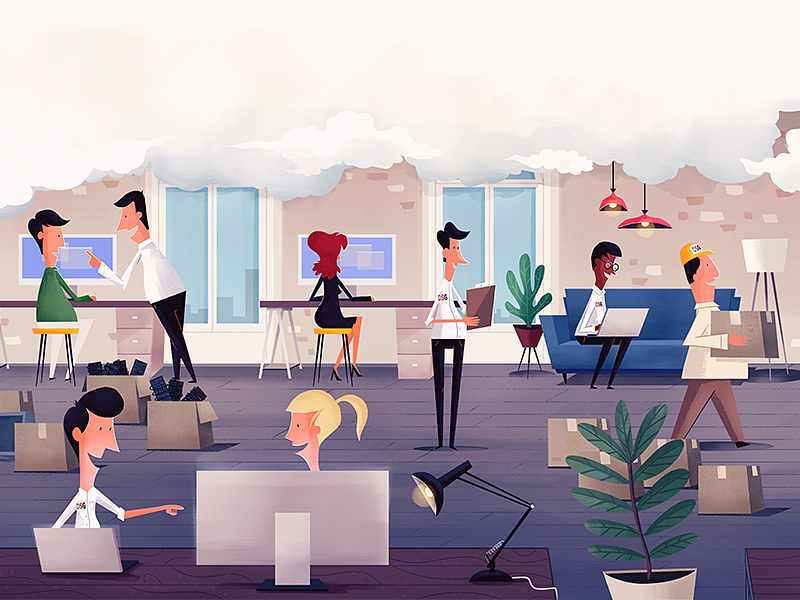 Cloud computing means operating devices in multiple environments or networks with the help of the internet where the applications can be successfully tested, updated and improved.

It provides a web-based mobile environment on a simulator to run the mobile app and hence proves very helpful in testing.

The positives of cloud computing are that it is good for backup and recovery as it by default takes a back up of your data from the remote location thereby making recovery and restoration a simpler process. Even the storage capacity is unlimited.

Further, clouds can be used from varied devices and from anyplace. It saves on costs, is easy and quick to use, maintain and update. One more advantage is that it has the web-based interface and can process the same script on multiple devices simultaneously.

Talking of negatives, there is less control as of when the app runs on the remote or third-party environment, the user is bound in control and can’t perform all the functions.

Also, there are internet connectivity issues which affect the availability and functioning with it and lastly, security and privacy issues as with cloud computing everything is on the internet and internet as a medium is not safe, thus posing the risk of data hacking even more.

One more question that arises is to go automatic or manual. If your app has new functionality, prefer manual testing. Similarly, if your app needs testing once or twice, go manual. For regression test cases, it is better to automate the scripts.

Even if regression tests are repeated, automatic testing will work perfectly for that case. For scenarios which are lengthy and complex, it is advisable to opt for automating of the scripts to save on time and energy.

Speaking of automation tools, there are two kinds available to test mobile apps. One is Object-based mobile testing tools which automate by mapping elements on the device screen into objects.

This category doesn’t need screen size and is perfect for Android devices, for example, Ranorex, jamo solution etc. Another is Image-based mobile testing tools that set up automation scripts based on screen coordinates of elements, like Sikuli, Egg Plant, RoutineBot etc.

Along with functionality based test cases, mobile governed testing is dependent on special test cases that should focus on battery usage, the speed of the application, data and memory requirements.

Battery usage is one of the parameters as it is necessary to keep a tab on the amount of battery consumed when the application is selected on the mobile devices.

Next, response time on different devices with memory restrictions and network types is also important. Data requirements are critical for the purpose of installation and in order to check whether a user with a limited data plan will be able to download it or not. Same is the case with memory requirement too.

Finally, functionality shouldn’t be neglected in the list as it determines the causes of the app crashing i.e. network failure or other such issues. 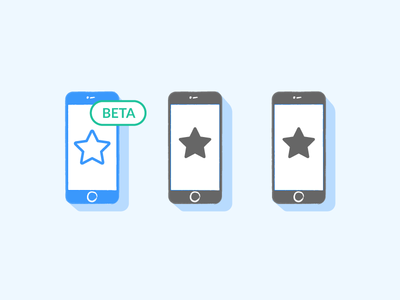 As soon as regression testing is done, you must proceed to UAT (User Acceptance Testing). It is done by the client and is very useful to keep bugs at bay. And why only bugs, beta testing can highlight all problems related to quality, usability, performance and even marketing.

For quality, it ensures that all the features function the way they are intended to be. Usability, regardless to say, make an app intuitive which helps the user to easily move through your app, search what they want and fulfill their expectations.

Performance is a major factor that beta testing caters to the device, operating system, and even other apps are directly linked to the speed and overall performance of the app.

Beta testing facilitates analysis that is authentic than your lab tests. Last but not the least marketing, be it word-of-mouth marketing (to testers and their friends) to deeper insights of the actual audience as told by your testers, beta testing can frame your marketing plan prior to the launch of the app.

There are numerous tools that you can employ for beta testing like UXCam, UserTesting, 99Tests, TestFairy, HockeyApp etc.

Test Real. Whenever you want to test a website or an app, never forget to load it on a mobile device. Testing is all about designing the perfect strategy, selecting apt mobile simulators, devices and mobile testing tools so as to make sure there are no compromises when it comes to security, usability, performance, and functionality. If the real device is an issue, substitute it with an emulator. Emulators aren’t good with information as against actual device and don’t display all the features, still, they will do the deed. Hope the above article opened new doors of testing ways and gave you tips for that killer product in making!