You are here: Home / Blog / 7 Ways that Will Make You Simply The Best Web Designer

Design is a mold, one that binds and yes, defines the web matrix. What makes it the ultimate hack is the tack of creativity that connects with the users. Web designers have been churning out the best web designs so as to realize the true power of the web. It is these cutting-edge designs, which create a medium and further provide an enriching experience to the users. Right from ideation, cognition and imagination to finally communication, it is all about striking the right balance.

Let’s admit. Design has always been a quest. Indeed, we cut-and-try to shell out the best and reach the crest! But what all does it take to blaze a trail of creativity, have a look-

The look-and-feel that Touches

Websites have never been about logical choices. It is more of a psychological game. Build a connection on an emotional level and that’s how you will win the hearts and rule over the minds of the audience. A punch that touches the hunch will definitely work. Indeed, it is the intuition that takes the ultimate decision.

Establishing an emotional connection with the users will help you in dominating the Websphere. Looks accounts for maximum leads and products with best display will be perceived all the more usable by the users. Designs that stir emotions; be it with aesthetics, gifts or through feedback responses generally do the trick. It is the ken that voices over with moving methods like powerful images and smooth animations and hence make the product more usable.

Take-Charge with the Developers

The designers must work in full vigor with the developers so as to form groundbreaking products. Even though they are done with the creative deal, they must adopt a proactive approach and collaborate on the next level. Top-notch products are formed as a result of an out-and-out set up that isn’t confined to any level. It should be far and beyond the pixel plot for the designers and WYSIWIG machines for the developers.

Rope in the developers at the early stages of the layout to get them in the mode. Their involvement in the research processes, meetings and analysis can go a long way in making a first-rate product. Meting out the design process, they can easily take over the reins for development. It is important to understand the developer’s point of view, more the feedback better will be the response. The product holds a common vision and hence both the areas should go hand-in-hand. Complementing each other, their co-workers will ultimately benefit usability. Together- unite, think, question but do not settle for the less!

Get the Design Grip

Design isn’t just about those creative strokes. Yes, it is brainstorming the artistic side, but only to push the right buttons in the business. Design is all about the user. Experience follows. Even if you design something that is mind-blowing, still it won’t work unless it fits in and matches the user behavior. If the product does not clear the usability test, it is better to play safe and experiment with the existent rather than being deviant.

Keep the users in mind and design. Even if the website is loaded with info and gives answers to all the queries, it fails the purpose if it is not easy-to-use and does not retain the user’s interest. It should be based on their needs rather than self demands. Having said that design is not about holding ideas, but for using them so that a spark is created and the business gets plugged. But how to be user-centric? The best way is to conduct proper research and know the user’s mindset rather than going about having assumptions. Such a user-oriented approach will surely help you to hit the bulls-eye with that perfect product.

Interface with a Human Side

One of the competitive aspects of design is interaction. An interactive layout can establish a link between the users and the product and thus make them feel instantly connected. Now, making interactive designs is not a piece of cake. Designers have to stay on the grind and make the most of all the testing tools such as feedback. Feedback strikes a chord through two-way communication and breaks the technical barrier. Be it the pop-up messages or account creation confirmations, it brings forth the human aspect. Feedbacks are noteworthy, user, in particular, always pays attention to them.

The product should communicate with the user and send such a kind of message that best pronounces its own personality. Just go purely with the nature of the product. For instance, a 404 page or a ‘page not found’ message that is dull and irritating is a complete turn off for the user. The better way is to use humor and keep the fun element on so that a negative ‘out of order’ scene is playfully viewed as positive ‘coming soon’.

The Eye for Detail

A suitable design can only be crafted if a step-by-step approach is followed that takes into account all the necessary details. Getting carried away with the visual details at an early stage will make you lose the track; on the other hand, ignoring them for long will hold-up the project. Thus, the designer must be vigilant and plan the process that results in a smooth workflow.

However, there are certain points that must be kept in mind. The initial stages like wireframing should be low-key so that more stress can be laid on the structure. Designs being the hit-and-miss type involve changes, hence, going in-depth on details like button levels and background gradients can be futile. As soon as these modest prototypes clear the usability test and the feedback flows in, start working on the finer aspects of the layout. This is the best way to pitch-perfect solutions.

Misusing creative freedom can sometimes actually take a toll on the website. Explore, but, first, explain. Making use of various options can make it complex and deter the whole purpose of creating a worthy experience for the user. Yes, the product should come out clean, yet be competent at the same time. Hick’s Law, the very basis of modern design, states the direct proportion between decision making and the number of choices. In other words, the more the options, the greater will be the confusion. So, the choices should be limited in order to improve user experience.

Want to cut down on choices? Keep vital, get rid of the trivial. Adding unnecessary content will just overload your UI and hamper the process. Work on refining the layout and content flow. You need to be selective with the elements and the content so as to capture the users completely. Information overdose is a big no-no. Let it be apt not over.

The 3-Click rule is not written in stone. As per the rule, the fate of a website is just a matter of three clicks and after these, the decision is taken to withdraw. The more a user has to click, the less will be the preference to stick to the same website and it is just after three clicks they will look for a simpler version. But the theory stands false. The users aren’t that impulsive. Then why 3-Click rule stands as a parameter for design? The answer is its crux which is simplicity. Designers following the 3-Click rule have their interfaces fully detailed so as to ensure a complete package of info. Now, this instead of benefitting has a downside to it. So, rather than holding to the three clicks formula, it is better to focus on making each click count. Each click should be worth the time of the user and lead to the path he is in search for.

The secret sauce of effective web designers has varied ingredients that go beyond these seven ways. The above-mentioned steps are just a few strategies that will help you to outshine in this world of digital design. Take heed of them and get ready to fly high with your remarkable designs. 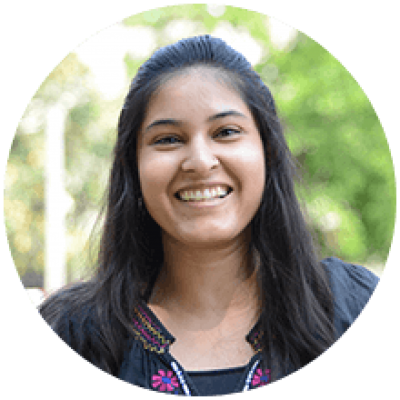 UI/UX Designer
I love working with great people to make great things. I believe in the transformative power of user-centered design. I fix problems - I AM A DESIGNER. I make easy to use User interfaces which engage with people very easily.