You are here: Home / Blog / Typography On The Other Side of Reality: AR, VR and Mixed Reality

With time the definition of the term “Reality” has undergone a sea change. There is a lot of buzz around emerging technologies like augmented reality, virtual reality and mixed reality which in turn is making the IT department wary in everything from networking and security to data retrieval and enterprise mobility.

The term “mixed reality” (MR) was coined by researchers Paul Milgram and Fumio Kishino in 1994 to refer to every sensory environment in between the purely physical and the purely virtual. 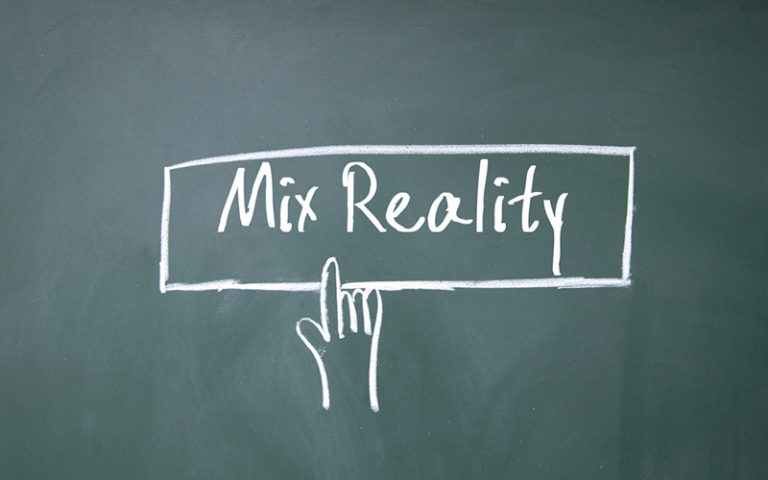 But over time, there were new words coined, the more specific “augmented reality” (AR) for digital information overlaid on the real, physical world and “virtual reality” (VR) for a completely digital environment. To realize the potential, they have to change the way we work, play and interact with the world.

1. Difference Between AR/VR and MR:

A survey, created through a joint effort by Upload and Perkins Coie, tried to find out how new technology like VR was trying to achieve success. More than 650 respondents, ranging from entrepreneurs, technology industry executives to investors and consultants, were polled. 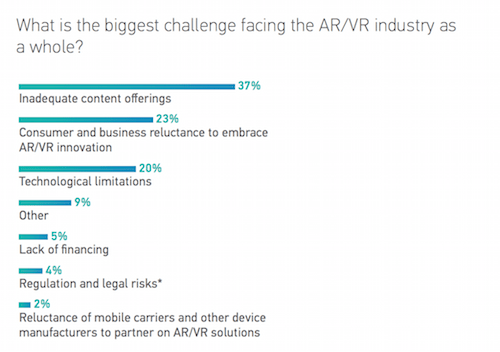 According to the survey, 38 percent of respondents cited “user experience” as the biggest obstacle facing VR adoption today, while only 32 percent cited cost. Similarly, 37 percent of those polled chose inadequate content offerings as the biggest challenge facing the VR industry and only 23 percent picking consumer reluctance and 20 percent choosing technical limitations.

3. Steps Enterprise IT Should Undertake To Be Ready For These Technologies

Developers have made great strides in creating augmented or virtual environments, but one area that remains a barrier to creating that experience is the implementation of text.

Many of the basic rules around typographic contrast and readability for print or 2D screens are different in VR. When type becomes more volumetric, people’s perception and interaction with it changes. The type needs to be rooted in something real, otherwise it gets a bit scary for the user.

The biomechanical aspects of how we read in a VR environment are of key importance to designers as well. 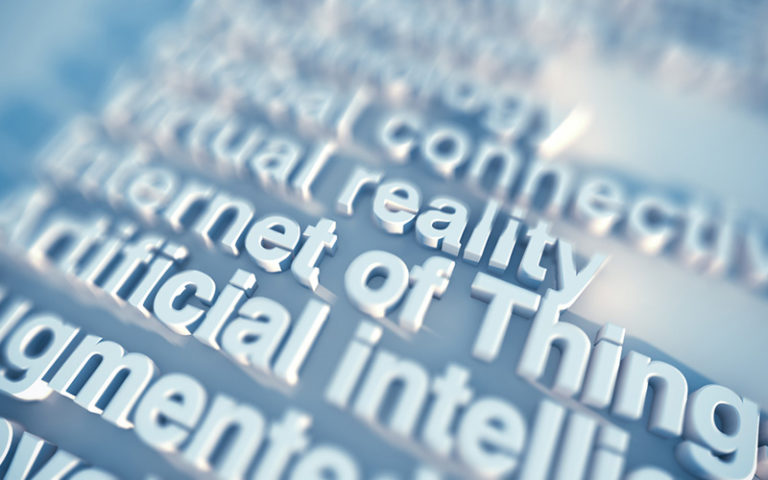 In VR each eye gets its own direct input opposed to our binocular vision where our eyes work in tandem. Situations may arise in VR where users find themselves nauseous as their brains struggle to adjust and process the flood of information coming in via a previously unknown delivery system.

VR presents many factors and variables that can interfere with the reading process.

In VR, type assumes different characteristics - being physical, elastic, monumental, dimensional, confrontational and distorted. Designing for VR is like designing for a 360° globe with we being the center.

5. The Challenges of Text And Legibility:

Setting text in AR/VR presents new design challenges that are dramatically different from almost anything that has been designed for these environments in the past. If text is illegible, it has a negative impact on the user experience, and the brand that is presenting the content. In backdrop of a work setting, legibility problems can lead to serious consequences. In a medical setting for instance, this could be a misdiagnosis.

In entertainment, illegible text can lead to unpleasant experiences that put off customers. Text in AR is presented on unpredictable and ever-changing backgrounds, and often with the need to be receptive to information in both the foreground and background. 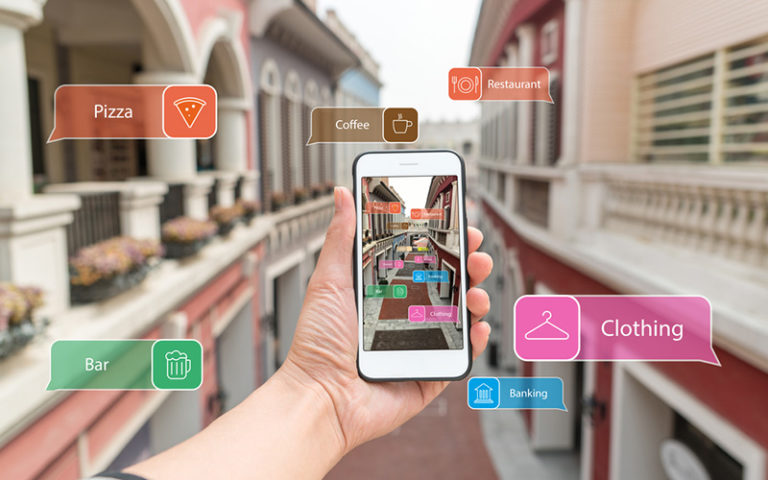 The first step in solving this problem is to understand the relationship between text and legibility. VR is a closed digital experience that replaces the sensations of the haptic world, and AR or MR superimposes digital information onto the real environment. Thus the typographic considerations of each have some key differences.

Through research it was found that typeface style, size, weight, width and case are all factors that have a significant impact on legibility.

Brands looking to launch AR/VR applications should also prepare to scale that experience across languages and spatial changes that come with various languages. For example, text in a Latin font could take up just one line in an AR/VR application, but that could grow to multiple lines if that text appears in a different language or a different font. Localization adds another element that must be considered by brands, especially if the application is going to be offered in multiple geographies. 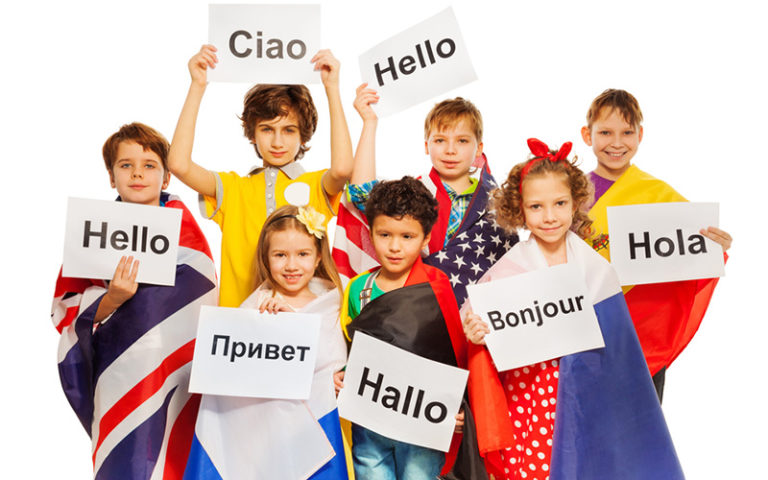 Developers are also dealing with enabling their applications to work across many different devices, from low-end smartphones to high-end and high-powered head-mounted displays. The AR/VR experience needs to scale across those devices to ensure a positive user experience.
Through research, a lot of font families have been identified which are highly legible and scalable

Both designers as well as graphic designers are constantly working on fresh demands regarding legibility, letterform design, and typeface selection. Still a lot of research needs to be done to find out what factors impact text and how to improve user experience more in near future. 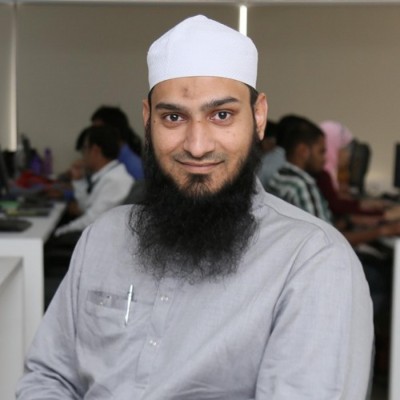 Co-founder at Peerbits
Patel Nasrullah is a co-founder at one of the best mobile app development agency, Peerbits. He devotes his time in inspiring young leaders to take the leap of faith. With the experience of 10 years in Web and App development, he now gives full attention t

Typography On The Other Side of Reality: AR, VR and Mixed Reality28-December-2017